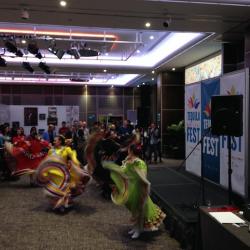 I promise that this will be the last time I mention tequila, for 2014 at least. In recent months, Foodepedia and I have seen glasses of the stuff aplenty: attending the event preview of Tequila Festival, dinner at Mezcal Cantina and finally Tequila Festival itself.

I’ll make no apologies for this blanket coverage. The fact is, I’ve come to love tequila and mezcal. It’s the black sheep of the drinks world; an outcast, a criminal, vilified by all and blamed for every one of the worst hangovers in living memory. It’s so unfair and unjustified though. Tequila is one of the most flavourful drinks out there, packing a smoky, earthy, citrus flavour and, contrary to popular opinion, can be enjoyed both neat and in moderation. Besides, if you tip glass after glass of any spirit down your throat, you’re going to be mightily ill come the morning. As usual, the worker is to be blamed here, not the tools. 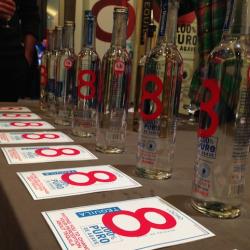 Tequila Festival is, surprisingly, the perfect antidote to this agave liquor. The ability to sample a range of drinks (slowly and in small quantities, of course) and talk to the various people who make, distribute and sell them, helps you develop a greater respect for something most people associate with punishment on a stag-do, hen party or 30th birthday.

There are brands here from the small, to the large and everywhere in between. The large brands dominate the tequila stands. Tequila Ocho, I’ve liked for a while. A brand that, like a wine, differs in every year of production; a conscious decision taken by the producers to give the market a real sense of the differences created in tequila by changes in climate and the agave taken from different farms. 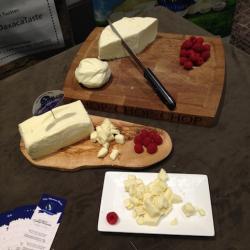 As they were kind enough to hand me a bottle at the event preview, Olmeca Altos is a tequila that I’ve sampled many times before. Again, a drink sipped in the evening like a whisky, rather than slammed over a spew coloured bar. Olmeca has a striking bottle. Large, imposing and with a hefty wooden stopper, it’s one of those bottles that can’t hide anywhere in the cabinet or on the shelf. The liquid inside is good too – it has a certain rawness that brings the taste of the agave out, something probably helped by the fact their table was lined with plates of cooked agave. Try it, if you ever get the chance. It tastes, strangely, like Christmas cake. 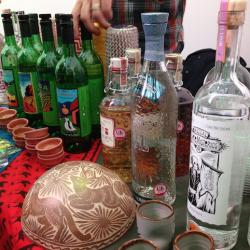 The stalls for mezcal were tiny. More like bar stools than stands, they reflected the artisanal nature of the drink and its small batch, often single farm production. I read a stat, that I now can’t find, that Mexico has over 1,000 registered mezcal producers. That’s a lot of drinks to work your way through.

While I’ll put tequila down as a summer drink, with a light citrus note that dances on your nose; mezcal feels more like a winter drink. Warm, smoky, with deep wooden notes, it’s akin to a whisky in certain respects and should be enjoyed in the same manner. 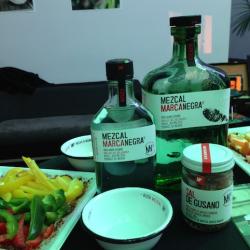 Mezcal Marca Negra deserves a mention, not only as it was one of the smokiest I tried, but it’s also the first stall that introduced us to a strange chilli, salt and agave worm powder. Dabbed with a piece of fruit or a slice of pepper (or licked from your finger), this hot numbing powder elongated the taste of the mezcal, keeping it swirling around your mouth long after the drink had disappeared. Very strange, very tasty, very much something I’d like to try again. 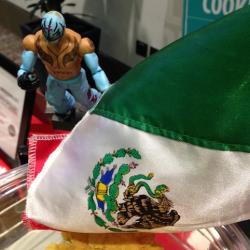 Due to the small size of the stands, it was hard to get hold of every mezcal on the menu, but once again Mezcal Los Siete Misterios stood out like a beacon, principally because of it’s beautiful labelling. On the same stand, the fruity, fragrant Del Maguey Mezcal Iberico could also be found – a mezcal that, reportedly, has a whole iberico ham macerated in the liquid before bottling. I can’t say the taste of pork came through and at £150 a bottle, I’m unlikely to get a second taste any time soon. Oh well, I’ll just have to wait for the return of Tequila Festival next year.