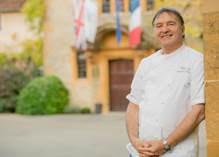 To celebrate 30 years of Belmond Le Manoir aux Quat’Saisons, Raymond Blanc is set to welcome back members of his brigade to host a series of Diner des ProtÃƒÂ©gÃƒÂ©s at his two Michelin Star Oxfordshire restaurant.

Throughout 2015, guests joining the Diner des ProtÃƒÂ©gÃƒÂ©s evenings will be able to savour the acclaimed chefs’ signature creations during an evening of gastronomic excellence. 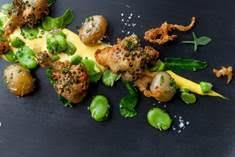 The food of Belmond Le Manoir will be reflected in each menu, which willinclude an introductory course from Raymond Blanc, as well as one from Executive Head Chef Gary Jones and Pastry Chef Benoit Blin. Confirmed chefs taking part in Diner des ProtÃƒÂ©gÃƒÂ©s is as follows:

Michael Caines MBE spent three years under his mentor Raymond Blanc at Belmond Le Manoir before Monsieur Blanc recommended that his young protÃƒÂ©gÃƒÂ©e take over the exclusive restaurant at Gidleigh Park in Devon where chef Caines is now Executive Head Chef. As well as his Michelin status, chef Caines was also named AA Chef’s Chef of the Year in 2007, and awarded an MBE in 2006 for services to the hospitality industry. 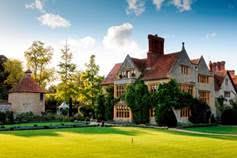 It was in Raymond Blanc’s kitchens that Ollie Dabbous started, after his A Levels, and rose to become Senior Chef de Partie. Following such expert tutelage, Ollie, 33, is now the owner of his own Michelin starred restaurant Dabbous Ã¢â‚¬â€œ backed by his tutor.

Paul Heathcote MBE spent a momentous 12 years under the guidance of Raymond Blanc and currently runs several restaurants including Heathcotes Brasserie, The Olive Press Preston and the Longridge Restaurant. His restaurants have won everything from Michelin stars to Catey Awards. Raymond’s protÃƒÂ©gÃƒÂ© not only spent time in the restaurant kitchens, former director of The Raymond Blanc Cookery School, Scottish chef Alan Murchison, left Belmond Le Manoir and went on to gain a Michelin star which he has now held for an impressive eight years.

Delighted to be reunited with his former colleagues, Monsieur Blanc said,’For a teacher, there is no greater joy and pride than to see one’s students reach the peak of their chosen career. Teaching and training is one of the most important things to me, I love to pass on what I know and I am very excited to be welcoming back my protÃƒÂ©gÃƒÂ©s to Belmond Le Manoir for this fantastic series of events.’

Belmond Le Manoir has maintained Two Michelin Stars for 30 years and the food remains the focus of every guest’s visit. The quality of the food stems from the freshness and purity of its ingredients, with the two acre kitchen garden producing 90 types of vegetables and over 70 varieties of herbs which are used in the kitchens.

The Diner des ProtÃƒÂ©gÃƒÂ©s evenings will include a champagne Laurent-Perrier reception with canapÃƒÂ©s and a signature dinner with accompanying wines, coffee and petits fours. The evenings are  priced at £225 per person.