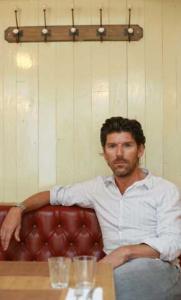 Polpetto, little sibling of the ever-popular POLPO, will open on 23rd August 2010, located in Soho, above The French House on Dean Street.

Described by co-owner Russell Norman as ‘a tiny jewel-box version of POLPO” Polpetto has just 28 seats and occupies a sympathetically redesigned dining room above one of Soho’s most iconic pubs. Salvaged 19th Century French light fittings and handmade zinc tables by Soho artisan metalworker Bela Pasztor will adorn the room along with mirrors crafted from reclaimed church windows. No doubt Jeff Bernard is turning in his grave and swearing fit to bust.

POLPO Head Chef Tom Oldroyd will oversee the kitchen at Polpetto and has devised the menu together with Russ ell Norman. Featuring a few POLPO favourites including cuttlefish in its ink, fritto misto and pizzetta bianca there will also be new dishes such as Venetian-style soft-shell crab in Parmesan batter and pigeon saltimbocca. The wine list features northern Italian wines from small producers.

Polpetto is the third restaurant from Norman and business partner Richard Beatty, the duo behind POLPO, even though they haven’t opened their second yet. Russell Norman explains: ‘We were expecting to open Spuntino next month, also in Soho, but the project has been delayed. The opportunity for Polpetto came along unexpectedly and we jumped at the chance to take on this legendary venue. It sounds odd, but we are opening our third restaurant before our second.”

Spuntino is scheduled for an October 2010 opening.

Upstairs at The French House

ps. good news, you can book tables. Only at lunchtime though