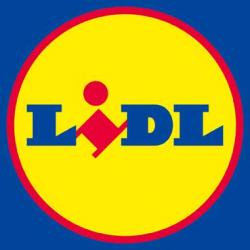 I liked Lidl before it was cool. Honestly I did. Streatham was one of the first places in London to get a Lidl. That’s because at the time it was Lidl policy to open in deprived areas where property was cheap and the locals even more so.

Back then Lidl’s boast was that they didn’t do any marketing activity because it cost money and they’d rather do discounts. Same went for the stores – unlovely interiors, no frills, just low prices.

Back then I furtively shopped in Lidl and changed the bags for Sainsbury’s ones before unloading the car. Couldn’t let the neighbours see my shame after all.

Then posh people started noticing Lidl and writing about it; they were still metaphorically holding their noses a bit, but there was the admission that the food at Lidl’s seemed the same as the major supermarkets but cheaper.

So when Lidl invited me to attend a dinner at the V&A with everything from canapÃƒÂ©s to coffee prepared from Lidl stock I said yes and with interest.

And the canapÃƒÂ©s were jolly good, served out in the quadrangle along with some perfectly acceptable champagne in lavish quantities before, adequately softened up, we were ushered into a dining room.

Lidl of course is German so I am obliged to make the joke that in typically German fashion they then subjected us to forty minutes of torture before serving any food. The first presentation was a diagram of England with the north east corner of France included. Flags to show Lidl’s inexorable growth in Europe and into England then animated onto it. Just as I thought. ‘Hey that looks familiar’, someone nearby started quietly humming the theme to Dads Army. I almost collapsed.

This childish behaviour aside, I listened attentively. Lidl MD Ronnie Gottschlich, a man with the tan of someone who had recently been on a yacht somewhere nice, presented information about how Lidl lowered prices. With a £20 million marketing campaign about to be launched it obviously wasn’t through cutting back on advertising any more. It’s all about efficiency from field to store it seems.

The new Lidl TV commercial was then shown. A simple nice idea let down a bit, I felt, by rather clichÃƒÂ©d direction and look. That background out of focus, shot on a Canon dSLR, thing is a bit hackneyed now. But then it was shot in Hackney, where else would you find so many hipster foodies with posh drawls? And then the food. We’d already been drinking some very good white and red wine from Lidl and the starter was excellent. Scottish smoked salmon with a rhubarb and cucumber tartare, samphire shoots and a lemon sherbet dressing. It was stylishly plated and the salmon was very smoky.

And finally a Scottish Cranachan with toasted oats, whisky whipped cream and fresh raspberries, Dark chocolate Welsh cakes and a lemon posset with homemade honeycomb and summer berries. A cheese board finished it all off. Cheese I don’t think is yet a Lidl success, the camemberts and bries always need ripening but otherwise I think Lidl made their point. At other supermarkets you’re’paying for other people’s choice’. By cutting down lines to simple three or four options, Lidl save money and frequently the produce is exactly the same.

A fake till receipt of all the food items used showed the cost of canapÃƒÂ©s and dinner had amounted £9.75 per person. That’s not bad, is it?

Yes I think for me the war is over. I’ll carry on shopping at Lidl