Summer may seem a long way off yet, but preperations start early to make the Henley Festival a success. Mike goes to this year’s launch party to get a taste, literally, of what’s on offer this time around. 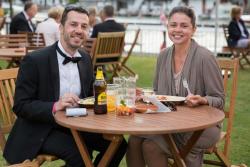 It seems fitting that the Henley Festival launch event is in the Ivy Restaurant’s posh upstairs bar. It’s all wood panelling and plummy accents as I enter and grab a glass of red. I’m told there will be canapÃƒÂ© – served on a silver spoon perhaps?

Suzanne Yeates, the festivals event and artist manager, corrects me Ã¢â‚¬Å“It’s not the Regatta. Her festival stands proudly independent over five evenings between 11TH – 15TH of July and is not just well-to-do glitterati quaffing champers, she insists, honest. Her pleasant demeanor isn’t overly privileged so I’m confused, how can it not be posh?

Miniature shepherd’s pie is the first canapÃƒÂ©, not an elite dish but does miniaturization make it so? Or Jeffrey Archer? But he’s done time. Spicy lamb mini croquettes arrive and are delicious yet classless. I am further confused. 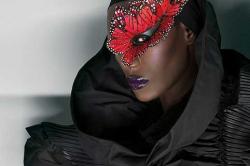 Stewart Collins, the festivals creative director, introduces tonight’s sample of live music, Purdy, a tall blonde with an easy-going jazz vocal backed by guitar and double bass. Come the summer she will perform in the festival’s’bohemian Bedouin’ tent, (bohemian is a posh word for posh).

Music headliners are Rita Ora, Grace Jones, Nile Rodgers & CHIC and Curtis Stigers. Ronnie Scott’s Big Band present’Sinatra At The Sands’ and the English National Opera perform – irrefutably highfalutin. Class aside, it’s an impressive line up with something for all social strata.

Paul Merton and Mark Watson head a strong comedy line-up, neither of whom could be described as members of the nobility (though Mr Merton often sports a cravat). Lee Nelson and Lucy Porter appear as well as young talent Alfie Brown who steps up to do a sample spot for us now. It’s a tough gig but he earns a large’can he say that?’ laugh by describing oysters as’come in phlegm’, I agree. I mean, I imagine I would agree. 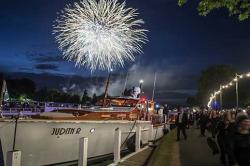 Tickets start at £50 an evening for great food, excellent comedy and visual art, as well as pop, world, jazz and classical music. Suzanne lets slip the whole event is black tie – ah ha! It must be posh, although she prefers’Boutique’.

I may attend but still have one concern: A post Regatta invasion of (former Henley MP) Bozza and his Bullingdon bum chums demanding raucous badinage, but I’m sure that’s not likely Ã¢â‚¬Â¦is it?