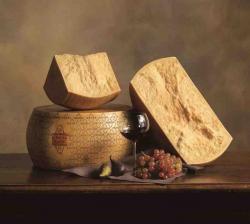 There can’t be many fridges without a rapidly drying-out piece of hard Italian cheese lurking at the back. Buying a block is almost a weekly routine. As our eyes stroll through the cheese counter, contemplating the merits of this blue or that washed-rind cheese; cow, goat, ewe; something sticky and smelly or fresh and herby; a big name brand or a small family producer Ã¢â‚¬Â¦ a hand reaches out for a roughly-shaped shrink-wrapped chunk, mindlessly assessing it for weight and not much else. It’s a thoughtless act, done while the brain is multitasking its way through other decisions. 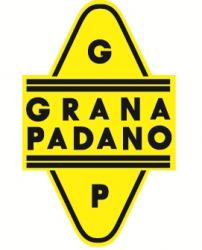 As with steak, there are sound reasons for making an informed choice and the first one is: Parmigiano Reggiano or Grana Padano? You’d be forgiven for assuming they were different names for the same thing but there are significant distinctions. Both are PDO (Protected Designation of Origin) cheeses but Parmigiano Reggiano can be traced back to the 13th century Ã¢â‚¬â€œ an upstart of a newcomer compared with Grana Padano, first produced by Benedictine monks in 1135 and one of the world’s first hard cheeses. It’s made by a consortium of 205 companies employing 50,000 people and over 5,300 cows. That’s a lot of milk (2.5 million tonnes or 23 per cent of the milk produced in Italy) making a lot of Grana Padano Ã¢â‚¬â€œ over 4.5 million wheels a year. 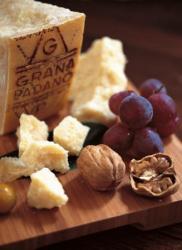 The next decision is age. If you want to grate it over a risotto or salad, to add a bit of complexity, choose a young cheese Ã¢â‚¬â€œ aged for nine months. Pale yellow in colour and relatively soft, moist and chewy, it provides all five flavours (sweet, salt, sour, bitter and umami) and a satisfying nasal kick. At 16 months it has become straw-coloured, drier, grainier, more multi-dimensional Ã¢â‚¬â€œ good for adding depth to a spag bol or eat it as cheese with a light splodge of soft, runny apricot jam. For a much more complex, rich, fruity-salty mouthful, with an intoxicating crunch of calcium granules, go for a honey-coloured 24 month old. Grate this over a simple bowl of pasta, lightly anointed with olive oil, when you want the cheese to shine (it’s wasted in a strongly-flavoured sauce) or present it proudly on your cheeseboard. Like an older wine, it has legs Ã¢â‚¬â€œ its flavour lasting longer in, and swirling through, the mouth or, as cheese maestro Charlie Turnbull put it, Ã¢â‚¬Å“it doesn’t just flatter the cheap sensationsÃ¢â‚¬Â.

Charlie is known as the big man of cheese though he describes himself as Ã¢â‚¬Å“a penniless shopkeeperÃ¢â‚¬Â. He owns a delicatessen Ã¢â‚¬â€œ an excuse to sell (I suspect that means eat) cheese Ã¢â‚¬â€œ in Shaftesbury, Dorset, and judges cheeses including for the Guild of Fine Food‘s World Cheese Awards, being held today at the BBC Good Food Show in Birmingham Ã¢â‚¬â€œ the reason I was standing in front of three wheels of Grana Padano. The World Cheese Awards are supported by Grana Padano, the world’s number one PDO cheese and the world’s number one selling PDO product. If Charlie is the big man of cheese, Grana Padano is the big cheese of cheese Ã¢â‚¬â€œ which should make your brain stop and think when next you reach for a chunk of something previously nameless.

And nameless is how the cheeses are judged Ã¢â‚¬â€œ tasted blind, graded by type, the judges assess the best of each type and it’s far from simple. With seven classes of cheese, each is then subdivided Ã¢â‚¬â€œ the smallest with seven subdivisions, the largest with 50 subdivisions (some very complex, others utterly straighforward). The final tasting is for best in show Ã¢â‚¬â€œ choosing from 13 cheeses, this, as Charlie put it, is about the pleasure of it. See his tips on tasting – at the end of this article. 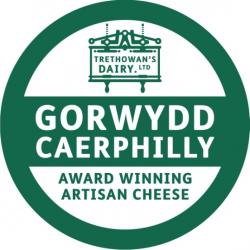 We tried our tasting skills on three wheels of Grana Padano and five artisanal cheeses from three producers.

Four members of the Trethowan family, with five others, make Ã¢â‚¬ÂªGorwydd Caerphilly, a far creamier version of this slightly lemony Welsh unpasteurised cow’s milk cheese. Matured for two months, its precise taste varies slightly according to the cows’ feeding habits and the weather Ã¢â‚¬â€œ a sure sign of an artisanal cheese. Creamily complex, I kept nibbling. 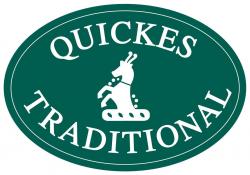 The Quicke family has been farming in Devon for 450 years. Thirty-six people work on their farm, 20 of whom produce the cheeses including a subtlely-flavoured hard goat’s cheese and a full bodied raw milk (unpasteurised) cheddar with Cornish sea salt, bringing new life to an everyday cheese.

Camembert Medaillon from Isigny Sainte MÃƒÂ¨re, in Normandy, was exceptionally creamy with a typical up-the-nose hit Ã¢â‚¬â€œ just as I like it. I’m a fan of the Isigny Sainte MÃƒÂ¨re butter, too. Its Mimolette, an almost worryingly bright orange (from annatto, a natural ingredient), is slightly nutty and lightly bitter Ã¢â‚¬â€œ a welcome flavour variation.

As for the three wheels of Grana Padano, the most stunning moment came when Carlo Canale, Grana Padano’s marketing manager, broke open the 24-month aged wheel using a small almond-shaped knife to create schisms in four places which, together, made the wheel fall in half. The aroma it exuded Ã¢â‚¬â€œ nutty, earthy, warm, salty Ã¢â‚¬â€œ made us all breathe in compulsively and reach for more tastes.