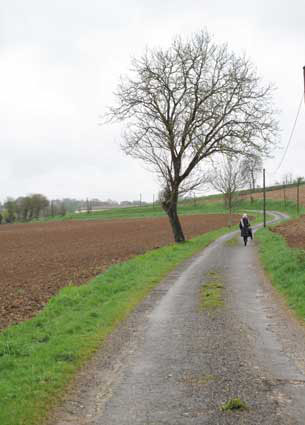 Ahh France, since the first time Dad and I watched his Ford Anglia slowly winched onto the cross-channel boat (roll on, roll off, roll over, ferries hadn’t been invented at the time) I’ve loved the place. So much so in fact that I spent a large proportion of my time at university doing a degree in the language, but the sad truth is that the affair has reached a stumbling point and that point is the prices.

We’ve just been away in France and everywhere we went our wallets went ‘ooh la la!’. I’m not talking about Paris which has always been expensive, but rural France where if one car passes you a day it’s a cause for conversation. Parts of France where you can still occasionally see an old farmer in his ‘blues’, fingers like sausages, wife in floral dress and getting shorter by the day, wandering around a world that has changed. No more heady Gitane aromas – banned. No more 2Cvs or R4s – legislated off the road. A world where far too many of the young people have the same pasty faces and shell-suit and baseball cap uniforms you can see in the UK, and while they still mostly observe the formalities of ‘Bonjour’ when entering a bar, it’s often done without any sense of grace or respect.

And in those bars the prices have shot up, partly it was explained to me, because with the ban on smoking many of the old customers now prefer to stay at home where they can both drink and smoke in peace and watch the satellite football, leaving the bar facing a shortfall in income. For the English though prices have gone up still further in real terms.

This time last year 1.5 Euro for a beer meant about £1.20. Not any more, now it means £1.50. The price in Euros is the price in pounds, which may make doing the sums a lot easier but it makes the cost of holidaying impossible. It’s easy to see why so many English expats are packing up and coming home as they watch their English investments and pensions become 33% less . A simple prix fixe lunch in a small café is around 12 Euros, and you aren’t getting the remarkable meal so beloved of the Dordogne middle classes. You’re getting something pretty ordinary albeit better than its English equivalent. At that price (£12) it’s expensive, there are restaurants in London, good restaurants, that offer lunch deals for not a lot more and you don’t have to serve yourself your own starter from selection on a side table either.

What about the markets and shops? Well it depends where you are to an extent but the French are now as keen as anyone else for ‘les grands surfaces’, the edge of town mega-supermarkets. It makes sense to do all your weekly shopping at once and in one place because travelling about in cars is an expensive business for those who live in the country. The prices are cheaper there too because the French markets have become like Farmers’ Markets in the UK – premium priced. Many of the cheese sellers, meat vendors etc work out of mobile shops and keeping those on the road travelling from market town to market town is expensive. Customers know too that the big supermarkets have a very impressive range of cheeses, and while local cheeses are still popular the average French fromage fan wants variety too. We saw village markets where, apart from the inevitable African selling the usual leather goods and Bob Marley posters, there was little else to buy except bad accordion tapes, appalling clothes, rubbish tools and a dirty beetroot from an ancient old man who seemed ready to die any second. And when we went to the supermarket, apart from alcohol, everything cost as much or more as in England. We needed a stiff drink after we saw our first bill.

Of course we had some excellent meals, but they were no longer a fact of daily life as they used to be, they were special treats. Gone are the days when the English could live like lords in France, now the French look at us like we are peasants, as we count our change suspiciously and reel back in horror at the prices.

So this is where we are now; our country is the sick man of Europe. We don’t make anything, apart from giant bonuses for people moving other people’s money about, and our MPs fiddle their expenses, despite being the only citizens free from redundancy worries with a good wage and regular pay rises besides. My GB sticker has been ripped off the car, I don’t think we will be needing it again this year.