What with hurricane Irene battering the US coastline and the possible resurgence of bird flu, it’s getting harder to deny that the end of the world is drawing near. As such, there’s been a lot of talk about the best foodstuffs to stock up on in preparation for the impending collapse of civilisation. Sadly, however, the items most commonly suggested, though practical, are always somewhat disappointing.

For many a dedicated foodie, the prospect of being confined to a bunker subsisting on noting but cold baked beans and spam for months on end might be seen as reason enough to chance it outside with the radiation and mutant wolves.

Fortunately, we at foodepedia don’t believe a post-apocalyptic existence has to be so dreary – at least not as far as food is concerned. We’ve set out to prove that, with a bit of preparation, it’s possible to live out the end of days in Michelin Star comfort with our list of Top Five Luxury Stock Up Foods. 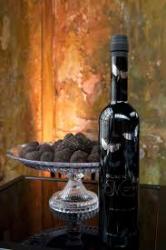 On account of having been soaked through with vodka, the Périgord truffle is preserved almost indefinitely. In addition to this, the vodka doubles up nicely as an antiseptic for all those shrapnel wounds or as an anti-freeze for the harsh nuclear winter – not that you’d want to waste it.

Serving Suggestion: Enjoy the truffle as an accompaniment to a Black Moth Martini and sit back to watch the mushroom clouds.

Smoked by Anthony Cresswell in County Cork, it’s hard to think of a better food with which to remember the days when bodies of water contained life-forms with fewer than three heads.

Serving Suggestion: Eat cold with horseradish and rocket. If you can’t find either of these, don’t worry – the flavour’s fantastic on its own. 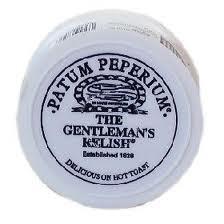 There’s no question that Gentlemen’s Relish adds a sense of refinement to any situation. That a tin of anchovy paste can make you feel like the Lord of the vast country estate, even when you’re holding out in an abandoned tube station, is reason enough to have copious amounts of the stuff in your luxury emergency crate.

Serving Suggestion: Best on buttered toast served to you by your butler on a warmed, lidded silver dish. Failing this, spread on some Fortt’s Bath Oliver biscuits – these will hold up better underground anyway.

Whilst not particularly nutritious on its own, Saffron does wonders for brightening up dull, post-apocalyptic cuisine. As it’s also incredibly valuable, you may well be able to use it to buy your way into an overcrowded fallout shelter.

Serving Suggestion: Apply to anything in a bid to add some colour to it. Alternatively, use it to offset the eerie radioactive green glow now emitted by all meat and vegetation.

Considered a delicacy in China and fetching up to £1300 on the black market, the dried tiger’s penis is the ultimate post-apocalyptic snack. It lasts forever, is full of protein and imbibes you with all of the tiger’s ferocity – which you’ll be needing in abundance. What’s more, as it’s much sought after for its aphrodisiac properties, it’s ideal to kick start your mission to repopulate the Earth.

Serving Suggestion: Best prepared in boiling water with vegetables and spices (throw in the saffron for good measure).