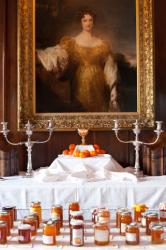 With marmalade appearing in the news here, there and everywhere, you’d think it was in vogue. But it’s not. The truth is, it never really went out of fashion.

If you’re a champion of the citrus preserve then you will surely have been delighted to hear that the fall in marmalade sales is because more people are making it at home. But the chances are you are already familiar with the annual Marmalade Awards held at the Dalemain Estate, Cumbria, where every year, professionals and amateurs alike enter the Marmalade Awards in the hope of winning recognition for their prized recipes. The competition is fierce too, with over 1,100 entries this year.

The Awards, now in its 6th year, took place on the weekend of 12th and 13th of February. And as the sponsors of the Artisan category, it was only natural for Fortnum & Mason to further promote the cause by celebrating the conserve in store during its Marvellous Marmalade Week.

And what would a Marvellous Marmalade Week be without a Marmalade Breakfast?

So producers, judges and journalists were invited to The Gallery Restaurant to sample some of the winning marmalades. As a special challenge for journalists, we were also invited to bring our own jar to the table. I’m not usually one to turn down a challenge, but even I had to admit that making preserves wasn’t something I was brave enough to attempt without hand-holding from a professional. Just as well I chickened out given the great selection of marmalades that we tried. 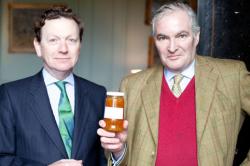 All these preserves were served with toast, freshly made crumpets and a marmalade infused breakfast washed down with orange juice, fine teas and strong coffee.

While on my way home, I contemplated the probability of having eaten my weight in citrus. They talk about the breakfasts of champions which is all very well but I can safely say “there’s no way I could catch a cold after a breakfast like that”.

If you fancied trying these marmalades yourself, a selection will be available for purchase in Fortnum & Mason in the next few months.