It’s all in the mix for the amateur chefs 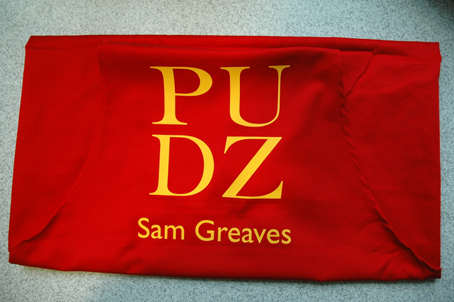 We knew that he would win. Just watching Sam Greaves work around the Good Housekeeping kitchen along with the other three contestants (one had dropped out with flu) you could see he had the chops. Pro chefs, or even those like Sam just nineteen and studying food at university, have an economy of movement, a calm outer bearing and clear focus that marks them out. When his dish was presented for judging, it had the cheffy look too, one that makes the diner happy before a spoon is raised and which justifies the price on the menu.

The Good Housekeeping kitchen, where they do their famous recipe testing, is just off Carnaby Street. Today as dusk begins to fall an airborne battalion of giant inflatable snowmen are strung in formation down the street. They pass over the converted ice-cream van that belongs to PUDZ, the sponsors of this competition to find the UK’s best amateur pudding chef and don’t stop to take up the offer of one of the free hot pies from the PUDZ range that the van is handing out. Most of the passers by aren’t so shy, wandering off with steaming hot chocolate pudz and banoffie piez, and all kindz of tempting flavourz. The normally zzzzzealous traffic wardens are nowhere to be seen, could they have been bought off with a pud and are now hunched in a doorway scoffing? It would be nice to think they were human after all. 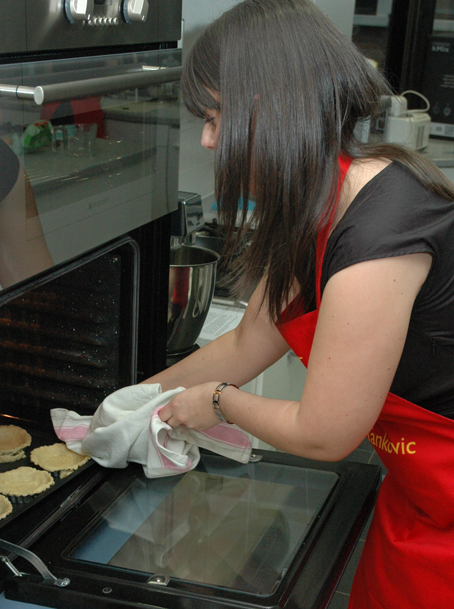 Upstairs I’ve wandered off from the action to read some of the sample pages of GH from down the years framed on the walls It’s like reading dispatches from another planet hearing a suburban housewife from 1956 explains her day. ‘Monday I do not receive visitors as there is so much to do once my husband and children have left at 8:15…,’ and ‘vinegar is excellent for cleaning both my windows and the cutlery I find, and is so economical!” Ah yes, those were the days, when vinegar didn’t go on your chips and the family used cutlery, not their hands.

Back in the kitchen contestants are having a few problems with unfamiliar ovens that don’t behave like the ones at home. Some are baffled by the controls, with the result that the oven the pastry is in, turns out to be not the one that they are twiddling the knob for. Which explains why the pastry isn’t cooking. GH staff are on hand to solve such problems though and the judges’ leader Mich Turner, elegantly turned out and pencil slim, is now nosing about. I mention her slimness because one assumes that anyone who has built a business making cakes would almost certainly be built like a brick outhouse herself. Not a bit of it, but then Mich makes rather superior cakes, ones which grace the wedding tables of some of the biggest celebs of all and which can cost the price of a very decent car. In fact as she tells me, the cake matters to these people as much as the dress, the photographer and the exclusive deal with Hello!. ‘It’s the big moment, when the cake is cut, the classic picture and it has to be special,” she points out. We actually consult with the client months before the event to create a one off couture cake that is made of what they want and which looks like no other. We even fly with it to the venue!” 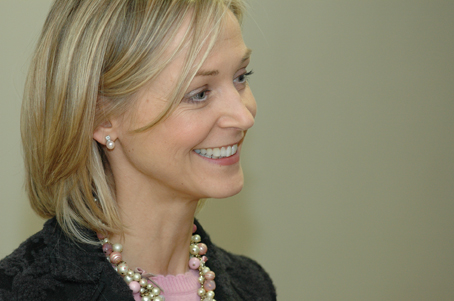 Mich is the founder of The Little Venice Cake Company which in addition to making celeb wedding cakes also supplies cakes to most of the top London hotels as well as Gordon Ramsay’s restaurants and even the Queen and Prince Charles. Her new book Couture Wedding Cakes contains pictures of the most amazing cakes I’ve ever seen, absolute fantasies of style executed with incredible precision and attention to detail. Cool and in command she is trying hard to put the contestants at their ease as the pastry cases refuse to come free of the moulds or the ice cream won’t stay solid.

With time up, the contestants are busy tweaking the last bits; propping up parts that fancy a lie down and adding final decoration drizzles. There’s time for a quick group photo in a flurry of flashguns and then they are banished to a back room while the judging takes place. The prize they are all after is a good one – a weekend away for two at, where else, The Pudding Club, a signed book of Mich’s, a year’s supply of PUDZ and perhaps best of all a master class with Mich herself. 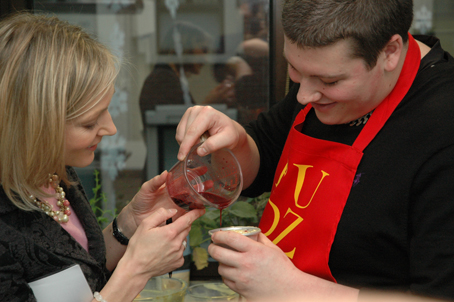 The judges, all from food and lifestyle magazines, are looking at presentation, aroma, ingredients, texture and taste and its apparent that the desserts all have the latter in abundance. The forks and spoons are going in and the noises from the judges are late night X-rated movie ones. I’m earwigging as close as I can but low voices and the fact that I am slightly Mutt and Jeff means I cant really tell who is in pole position.

A judge huddle and then the four contestants emerge to get their just desserts. After the obligatory ‘everyone’s a winner’ speech Sam is the actual winner. Rightly so I think if judged on restaurant level criteria. The contestants pack their bags and I pack down a few more of the refreshments provided. Outside the giant snowmen are still Walking in the Air and I reckon Sam is too.

The winners’ recipes can be downloaded as pdfs