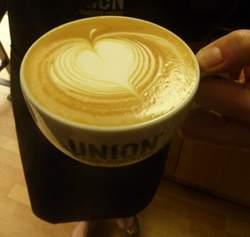 In days gone by, if you wanted good coffee in London there was only one place to visit; Monmouth Coffee. The shop stood alone as a beacon of coffee goodness. In recent years, however, London’s coffee scene has been hit by what is known as the ‘third wave’ of coffee shops. Mainly antipodean in origin, places such as Flat White, Nude or Prufrock have provided Londoners with a wealth of quality coffee opportunities. Yet perversely, as the quality on the high street increases, so the quality in restaurants appears to be declining.

Recent conversations have confirmed this as a wide spread view, with some people relinquishing the traditional after dinner coffee as a result. Given that in top restaurants you can easily empty another £4 from your wallet for the privilege, this seems a travesty. Given that it is your final memory of your meal it also seems short sighted on behalf of restaurants. Why is this the case?

Possible explanations include the fact that chefs have been slow to catch up with advances in coffee, viewing it as a different sector. Yet this seems strange given the obsessive level of focus displayed by top chefs. Alternatively, it could be that because coffee is often the preserve of the front of house, the skills are lacking and there is no quality control. Arguing that the reason is a lack of care seems uncharitable, with a kinder explanation being a lack of knowledge. How else to explain bartenders leaving a coffee to degrade on the bar whilst they mixes other drinks or wait for somebody to notice it’s been made?

One potential solution is the employment of dedicated baristas. Yet whilst restaurants are happy to employ a dedicated sommelier, given the comparative profit on coffee this solution seems unlikely. Hawksmoor may be leading the way in this respect with recent reports on twitter suggesting that they are in the process of employing ‘proper’ baristas. Whatever the reason, the coffee is reportedly up to scratch.

Whilst consumers have an obvious interest in coffee service improving the people who provide the beans are also keen to ensure that they are done justice. Poor coffee reflects badly on the roaster, which is why Lavazza have come up with an alternative, namely BLUE Pods.

You simply slot the pod in the machine, and press a button. It then dispenses a shot of espresso, leaving waiters free to focus on the milk, a minefield in itself.
Whilst this may seem like space age technology, it’s actually been around for over 20 years in offices and involves a similar process to a normal coffee machine, although the water is forced through the pod rather than the head of the handle.

I spoke to Barry Kither from Lavazza, who said ‘The pods are more expensive than using traditional coffee, so the focus has to be on quality for us”. Whilst as a purist I was naturally sceptical, having tried it I found it produced a decent cup of coffee. Certainly a cut above most I’ve had in restaurants.