Blue skies, a gentle breeze and food for the tasting everywhere. Nick Harman spends a few days in the South of France. 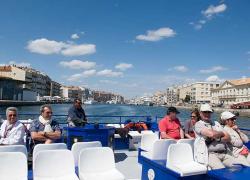 Ã¢â‚¬ËœDuck your heads!’ shouts the captain in French. Luckily I speak a bit of the lingo or else right now I’d be a lot shorter in stature. The top of my bonce comes uncomfortably close to the base of the bridge as our flat boat shoots expertly beneath it. 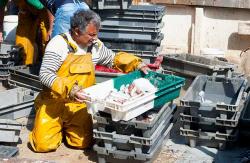 SÃƒÂ¨te is a sea of bridges. Stitched through with canals that form working highways between the Mediterranean sea on one side and the Thau lagoon on the other, it’s a busy fishing port right to its very centre. 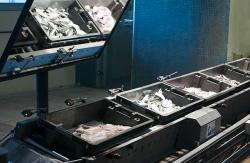 The boats come back in during the afternoon and the fresh fish are taken from under the noses of the squadrons of seagulls straight to the CriÃƒÂ©e (auction house) on the quay. Later, in the evening, the area changes from fish-strewn place of work to rows of basic restaurants where the catches are prepared and served simply to an appreciative crowd. 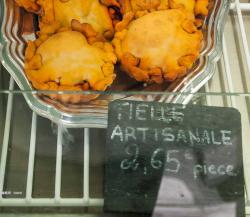 A piece of pie

Fish is SÃƒÂ¨te’s raison d’etre and if nothing else you should try the famous Tielles de SÃƒÂ¨te, tomato, pimento, squid and cuttlefish savoury tarts made in olive oil bread pastry, and the local fish soup made from rockfish.

If you find fish soup too strong, as I do, then perhaps like me you’ve been doing it wrong ‘ dilute one jar of soup with a jar of water,’ the lady selling it tells me.

A piece of cake 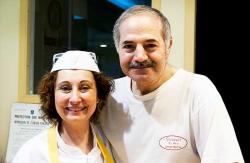 Or if you have a sweet tooth then the Frescati cake shop is a must. Here Serge Aprile and his wife, the fourth generation of cake makers guarding the recipe, make the delicious 1890s cake, one that can survive three days in the heat  without refrigeration thanks to its special meringue formula. 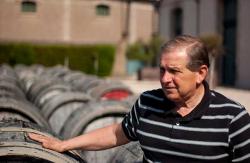 It is very hot in SÃƒÂ¨te already and it’s still only late May. Perhaps it had been unwise to start the day with a visit to the Noilly Prat‘factory’ in Marseillan 14 kilometres away along the causeway that separates Thau lagoon from the sea.

Fascinating yes, but perhaps I shouldn’t have sampled quite so many glasses of that moreish mixture of herbs and spices after a tour of the ‘factory’. 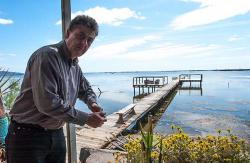 I’d followed that breakfast tipple with a trip to the Medithau oyster farm close by. Here baby oysters are attached to constructions in the lagoon which are regularly raised and lowered, at the command of an iPhone app, solar powered machinery simulates an otherwise non-existent tide. These are the HuÃƒÂ®tres Tarbouriech, designed to be plump and perfect and free of any vagaries that can affect’free range’ oysters. 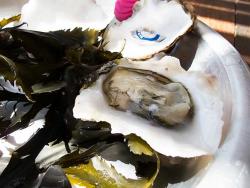 They’re in the process of creating a small restaurant by the lagoon, Le St Barth, modelled on ancestral shacks and here they served me a platter of the oysters with GÃƒÂ©rard Jacquinot, the man who designed the solar powered system, wrestling them open on the spot.

I have eaten a lot of oysters but these were without doubt the best ever and it’s no wonder top chefs all over France seek them out. 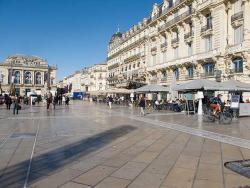 No rest for the hungry though, on this all too brief scoot along the Languedoc- Roussillon coastline, and so after a light lunch in Restaurant L’Escale in Marseillan next to the water it was to SÃƒÂ¨te followed by an overnight stay in Montpellier’s new Ibis Styles Montpellier Centre ComÃƒÂ©die, a playfully modern hotel carved out of old buildings. Whacky it is, dull it is not.

1000 years old Montpellier, the capital of the Languedoc-Roussillon region,  is buzzing with renewd  energy from the historic old town with its winding little lanes and small busy bars to the modernised main square officially called The place de la ComÃƒÂ©die but known to most locals as L’Ouef (egg) due its oval shape. 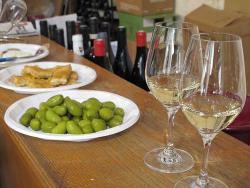 There are plenty of guided tours to help reveal Montpellier’s ancient history but if you’re a DIY visitor feeling hungry wanderinf around the old town will give you plenty to chew on. Don’t miss the lovely local olives, Violette de Montpellier. 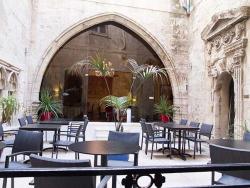 That evening I ate a fabulous dinner in La Diligence, a fine-dining restaurant set in an ancient vaulted building in the historic old town. The food was modern, inventive and colourful in contrast to its ornate surroundings and extremely well priced for the quality of the ingredients and the skills displayed.

The South of France still has that je ne sais quoi. I know I’ll be back.