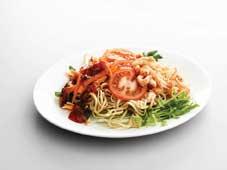 You can’t please everyone all of the time. A bit of an ominous way to start, I know. But let’s be honest, mention train travel to most people and a funny look comes into their eyes, a look somewhere between horror and misunderstanding.’Why would you do this to me?’ their pleading eyes seem to say. Play the word association game with me after you say’train’, and I’m likely to go for’late’ or’expensive’.

But now East Coast is hoping to make those long haul journeys a little easier to bear. Starting this week, the main line company – catering for cities like London, Leeds, Newcastle, Edinburgh and Glasgow – is serving complimentary at-seat meals to their First Class passengers.

Now, as I said, not everyone’s happy about it – it does, for instance, mean old dinner cars will be converted into extra seating, not something all traditionalists are smiling about. But then it also means the company will have more space for passengers and has taken another look at the food it’s providing and a more modern approach to what it serves. East Coast, for instance, says’where possible’ it is using British and locally sourced products. 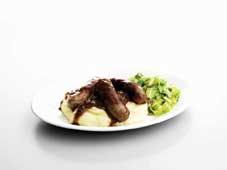 We tried (and eventually just looked at Ã¢â‚¬â€œ the chefs were more than generous!) a host of new dishes being served’at seat’ for the first time this week to passengers travelling for more than 70 minutes. Most dishes were yummy but some were a little on the’aeroplane-food’ side, a tad bland. What I was impressed by were some of those locally supplied products. Some of the pies, cakes and quiches from the Yorkshire Bakery Company, for example, were excellent – buttery, crumbly and sweet or savoury as required.

I also liked the eight-bottle wine list, the sweet treat recipes provided by the National Trust, like Nunnington Hall’s Spiced Fruit Loaf, and an impressive selection of cheeses, including plenty of award and medal winners as well as favourites like Cornish Yarg.

And, although it threw me, the company says it’s not just about the grub; they’ve started 19 new services per weekday, now have’quiet carriages’ in case you’re not fond of all that racket the’yoof’ listen to, complimentary wifi in First Class carriages, faster journeys and more than three million extra seats per year.

At this rate, the next time I book an East Coast train I might not even get that funny twitch in my eye.