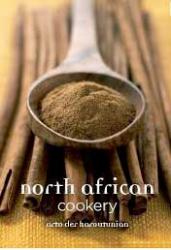 What I like about Arto der Haroutunian’s new book is not the fact that I can’t spell his name correctly without at least three attempts, nor that every recipe is mouth-wateringly good. What’s great is that there are no pictures.

Pictures of course bump up a book’s price, but for me the real sin is that they dumb down a cookbook. Pictures serve to lure in the casual cook, the bookshop browser, but they lie.

Sometimes they clearly feature ingredients not mentioned in the recipe, other times they show the dish in a state of art-directed beauty no one but the photographer and stylist can ever achieve. They are about as honest as advertising

A good cookbook lets the aspiring chef see the dish in the mind’s eye and of course in practical terms, you get more recipes in when the photos are left out.

Arto’s book is of course not in fact new, he died in 1987, and this book was first published in 1985 at a time when food in the UK wasn’t such a big deal. There were only 4 TV channels, one food programme and in general food remained a middle class pastime and restaurants rather posh.

Few cookbooks today would risk a long and thoughtful intro discussing North African history, culture, literature, art and food. Reading it is an education into food origins and how dishes evolve as people take them to new lands; whether as conquerors or as conquered. The Muslims in Andalucía for example.

So here we have a collection of dishes in twelve chapters and 300 dishes. From chorbat (soups) through salads, the ubiquitous grilled meats, couscous and tajines, everyday dishes, pickles, pastries and desserts. Dishes from what are today Morocco, Algeria, Tunisia and Libya.

The ingredients are simple, short and generally easily obtainable, certainly more obtainable now in multicultural Britain than they would have been back in 1985. You can smell the spices coming off the page and revel in Arto’s descriptions of what you’re cooking and why.

Everything is a revelation and such a change from the ‘modern European’ style of cookbook which endlessly rehashes the same old things in the same old way. Outside of their homelands the majority of these dishes are barely known let alone served but are easily within the reach of the amateur cook.

It’s a generous book, like the people whose cooking it celebrates, it makes you long to take off for North Africa and revel in real food untainted by fashion or fad