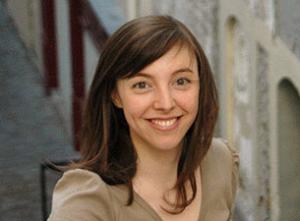 Ah that French word ‘gamine’, almost untranslateable but we all know what it means. Parisian girls have it in ‘les spades’ and Clotilde Dusoulier, perkily perched in a corner of a slowly awakening Racine restaurant in Knightsbridge is a classic example.

Out front the restaurant chef is sitting planning the menu for the big lunch that Clotilde is hosting later, while out back PR girls are heaving copies of ‘I Know How To Cook’ onto tables in preparation for the guests’ arrival. And I do mean heaving, because this book is no lightweight, clocking in at a back-straining 2.5 kg on my kitchen scales

You’ve probably never heard of it, not many people outside of France have, yet it’s been around since the 1930s but only previously available in French. A compendium of French classic recipes, it’s been the touchstone of Gallic cooking for generation after generation of French families and many a top chef today will tip his toque to it as well.

This is the first ever English translation of ‘Je Sais Cuisiner’ and the job of overseeing this daunting job has fallen to Clotilde, who one could call a blogger, because she still does do that, but who has since risen far higher to be a sought after food writer in France and the USA, as well as a book writer too. Writing as clearly in English as she does in French, thanks to early years working in San Francisco, her blog ‘Chocolate & Zucchini’ is must read material for Americans yearning for the mythical Paris they may never actually visit. She knows every little shop, every small supplier and where to find the best produce, so who better to update a French cookery icon?

So how did this mammoth task start? I ask, as we are served rather nice, properly French coffees. ‘Well,’ she explains, ‘Phaidon had bought the rights and were looking for someone to oversee the adaptation and they approached me. I worked with the translator, who did the raw translation, and then with three copy editors who went through the recipes. We had a sort of back and forth on them, expanding copy here and cutting it there, clarifying points which weren’t quite clear enough. Then I would go over the recipes again to make sure that any updating remained in keeping with the original spirit.’

In order to do that an early decision had to be taken on what version of the book to use as the base version. Although originally written in the 1930s, the author Ginette Mathiot kept it up to date, revising it every year adding recipes and taking some out and tailoring it to the audience of the day.

‘1932 was the one to use,’ Clotilde says firmly ‘ this seemed the most important version, the original really, we did actually keep some recipes that were added later on though because some classic French recipes had not been included in the 1932 edition. Soupe a Pistou for example.’

‘Also’, she adds, ‘you know French cuisine was divided into classic and provincial, i.e. more countryside dishes then. Whereas now we see no dividing line, boeuf bourguignon for instance, we see that as a French dish not as simply a Burgundian one. So that needed addressing.’

And then there was the issue of the 60’s, the recipes with flared trousers and cravats. Clotilde laughs about those. ‘Oh yes! Mushroom and banana salad! These recipes probably seemed like good ideas at the time, but they weren’t part of the original edition and we wanted to restore the book so they were definitely out.’ 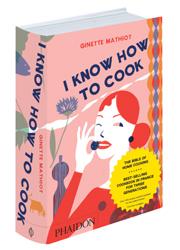 Also out were so called International Recipes. ‘We left out a whole section of those on the basis that an international, English speaking audience would not be as interested in that as the French audience. Especially as there was a whole section on British and American recipes! Times change.’

There are over 1400 recipes in the book, more than enough to see most of us through a lifetime in the kitchen. Was that the intention?

‘Well actually I think the original title was La Cuisine Pour Tous or ‘Cooking for all,’ she ponders. ‘It was renamed in the 50s and 60s when that was the fashionable style of naming books in France. There was a book called ‘I Look After My Dog’ about pet care and ‘I Learn Photography’ for example. Now it seems quite cute. The book was aimed at young women then about to embark on marriage and family and so ‘I know how to cook’ was almost a cry of positivity, I DO know how to cook!’

And the French housewife knew how to save money too. ‘One strong point of the book,’ Clotilde points out, ‘is that the home cook had then, as now, a limited budget and that she would want to cook what she found at the market that day, whatever seemed fresh and at a good price and she will turn to the book to see what can be done with it and then look up recipes for the leftovers. It’s not a frivolous book, a coffee table book.’

Ginette Mathiot was protective of her opus, remaining close to every revision made up until her death in 1998, somehow also finding the time to write over thirty best-selling cookbooks as well as this authoritative reference book.

Clotilde obviously sees something of an affinity between herself and Ginette. ‘You know I don’t think she questioned herself too much. She was young and a bit rebellious perhaps, she was just 25 when the book came out, 23 in fact when she started on the project, and she had the energy and drive to do it.’ And it would have been hard work, as Clotilde points out. ‘No word processors then, just pen and paper and old typewriters. I believe she used her students because she was what we now call a home economist, and she had her students help her with testing recipes too. I’m not sure she press ganged them into typing up the recipes up though!’

It is a marvellous book to have in the kitchen, the recipes simple and clear and many benefiting from great photography that would have not been possible all those years ago. And, as a nice touch, 14 top French chefs, all of whom acknowledge their debt to this book, have contributed three dishes each at the back. These ‘guest chefs’ include Anthony Demetre from Arbutus, Henry Harris from Racine, Pascal Aussignac from Club Gascon and other stars from around the globe.

Ginette Mathiot has found an able and appropriate standard bearer in Clotilde who modestly stands back from the mammoth work. ‘I have helped bring this great book to English speaking audiences in 2009, but the credit is always Ginette’s’

I Know How To Cook is published by Phaidon