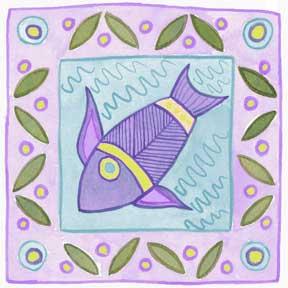 It was rainy, cold and grim and I was home alone. It was a perfect evening to cuddle up with a burger, a potato, salad and Alfred Hitchcock, a film not the man! The film could be Rear Window, Dial M for Murder or The Man who Knew Too Much and the burger could be red meat, poultry or fish. I decided on The Man Who Knew Too Much and fish.

Yes, a FISH burger! Made with minced cod, this burger is delicious, an excellent low-calorie source of protein, as well as omega three fatty acids, niacin, and vitamins B6 and B12. When you taste it, you will forget about the health benefits and simply enjoy dinner and the movie. Here’s how I made dinner:

Rather than boiling the usual white potatoes, I roasted a large, slightly sweet and much healthier organic sweet potato before I mashed it. Because it takes about forty minutes to roast, the first thing I did was wash the unpeeled sweet potato and put it into a hot oven. Then I started on the cod burgers.

I diced two stalks of celery and one medium onion and sautéed them in a tablespoon of butter, over medium heat, until the onion was translucent, and then cooled the soften vegetables to room temperature. While they cooked, I cut a 350 g filet of cod into small dice and added a handful of crisp, slightly sweet Japanese bread crumbs called panko, one egg, a teaspoon of Old Bay Seasoning, a tablespoon of mayonnaise, a squeeze of lemon juice, half a teaspoon of salt and five grinds of pepper and the now cool, sautéed celery and onion.

I shaped the fish mixture into four burgers and coated them with more panko. After cooking for five minutes on each side, in a mixture of vegetable oil and butter, the burgers were golden brown.

When the potato was soft, I scooped the soft flesh into a bowl and used a fork to mash in a lump of butter, a pinch of thyme and a few grinds of nutmeg.

My salad was a mixture of tender green lettuce, slices of cucumber and carrot topped with a simple vinaigrette made with one part red wine vinegar, two parts extra virgin olive oil, a bit of Dijon mustard, and salt and pepper to taste. Unfortunately, there was no blue cheese in my fridge; a bit of it thrown into the salad would have pleased even Mr. Hitchcock. The burger topped with a squeeze of lemon juice and a dollop of mayonnaise and eaten with the green salad and sweet potato was perfect and so was the film.

Charles got home after the movie had ended and he was delighted with a reheated white burger and the rest of the sweet potato mash. I wrapped the remaining two burgers in foil and put them in the fridge. Reheated and served on a toasted roll with lettuce, tomato and catsup or tartar sauce, tomorrow’s lunch will be ready in no time. I’m partial to Hitchcock films but of course the movie selection is totally up to you.

I’m thinking of making shrimp burgers for the next rainy movie night. Minced shrimp flavored with fresh ginger, green onions, a bit of sesame oil and some sesame seeds, sounds promising. I could make sesame noodles and an oriental slaw.

I wonder if I need to wait until it rains?