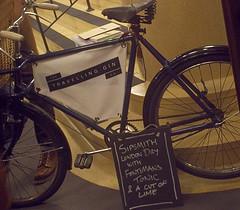 Until now, I was under the illusion that the cool kids partied behind the bike sheds. Turns out they’re now bringing the bikes to the party- and using their two-wheeled companions to lubricate the proceedings.

The Travelling Gin Co‘s Ed and Jo look as though they could do with a bevvy themselves- this mobile serving malarky’s thirsty work. They’re here to refresh guests at a gin-themed lecture by food historian Richard Barnett, and despite the event being held in a library the crowd are nosily clamouring for the boys to keep the drinks flowing.

Making myself comfortable, I see I’ve drawn the short (candy-striped) straw, but it sits in a pretty quaffable tipple. There’s a big whack of lychee from the off, ending on a Sahara-like dryness that implores the drinker to take another sip with immediacy. The Travelling Gin Co’s brand of choice is the product of small Hammersmith distillery Sipsmith, paired with rather swish Fentimans tonic.

The word ‘lecture’ turns many of us cold- often with good reason. Luckily, the only thing dry here tonight is the gin itself. Richard Barnett is a pace-y, engaging speaker with a knack for spinning a yarn and a good line in drinking games to keep us all firmly in – or under- our seats.

Barnett’s talk, ‘Newton’s Last Alchemist’, delves into a deliciously twisted mix of alchemy, lore and legend, delivered with equal measures of humour and intellect. The ensuing lecture is a rollicking romp from Arabia to Hanoverian London, with detours to Medieval Europe and the Netherlands. Since early incarnations, gin has put itself about a bit to say the least. 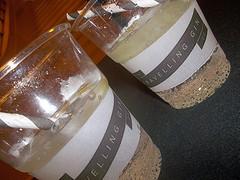 We begin with Arabic alchemists, producing ur-gin through experiments with alembic stills, giving us the word ‘alcohol’, from ‘al-kuhl’, a term evoking both a psychoactive substance and a demon- chiming with the dual meaning of the word ‘spirit’ in English. Indeed, the ‘genie in a bottle’ provides a neat depiction of the Middle Eastern ideology pertaining to the drink.

Folkloric connotations abound- most gruesomely in the traditional European fairy tale ‘My Mother, She Killed Me; My Father, He Ate Me’, in which a wicked stepmother kills a boy and feeds him to his father in a stew. His bones are buried beneath a juniper tree and he is reborn to live a trite ‘happily ever after’, due in no small part to the berry’s magical properties.

Those properties, along with an ability to disguise a spirit often as rough as sandpaper, made juniper a natural choice for flavouring gin. Known at this time to its Dutch imbibers as ‘genever’, the drink was considered a cure-all- successful in purification of mind, body and spirit. Its popularity was spread with the voyages of the Dutch East India company, whose trading activities introduced many of the key botanicals used in gin to this day- and whose soldiers gave ours their first taste of it.

However, some British luminaries were not so easily enchanted with the new, fashionable tipple enthralling the country’s drinkers- condemning the ‘violent, aggressive drunkenness’ it seemed to aggravate, in stark contrast to the ‘rolling drunk’ caused by traditional ale. The proletariat were more easily won over, as was the Government- realising the perceived social evils of drinking were more than outweighed by the lucrative benefits of rampant taxation. 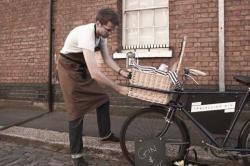 And in response to growing demand, London distillers developed a distinctive style of gin- ‘London Dry’ remains the choice of many connoisseurs today. Barnett leaves us in Hanoverian London, with gin poised on the brink of becoming a terrible and widespread ‘agent of oblivion’. The rest of the torrid tale, he pronounces firmly to raptured, slightly ruddy faces, is a story for another time.

He will, however, enlighten us on the talk’s obscure title. ‘Newton’s Last Alchemist’ refers to noted distiller William Y-Worth, Newton’s collaborator on many unpublished writings on theology and alchemy. The duo saw themselves on ‘an indefatigable search for alchemical wisdom’, until Newton called off the quest, unwilling to be viewed as heretical. Hence, Y-Worth was, quite literally, Newton’s Last Alchemist.

To conclude, we consider the notion that gin’s bad rap was the very thing that saw it’s phoenix-like return to prosperity- that disguising the rather declasse spirit with mixers gave us the first gin cocktails. Malaria also had its part to play- without the medicinal properties of quinine in tonic, along with gin’s known curative effect, the eponymous G&T may never have entered the public consciousness.

So, viral disease to thank for one of the nation’s go-to remedies for a hard day’s graft? Yum. Make mine a large one. Appetites for the spirit suitably whetted, we repair to the makeshift bar, where our tipple’s legend lives on in the capable hands of a couple of enterprising boys, the wares of a small London distillery and a humble bicycle.

The Travelling Gin Co.’s services are for rent- with ‘no event too obscure’!: thetravellingginco.tumblr.com

The Dedalus Book of Gin and Medical London by Richard Barnett is published by Dedalus, RRP £15