Let’s face it, the majority of London’s large-scale’Christmas Markets’ are grim excuses for the real spirit of festive commerce felt throughout Europe’s more traditional town squares. £50 for a night spent shivering in a mock chalet in a London park, feeling the impending dose of dodgy tum become more of a reality with every lukewarm bite of bratwurst and glug of glogg, before losing it all again on a gaudy waltzer? No thank you. We’ll get a cheap deal off thetrainline.com and pop off to one of these destinations instead. 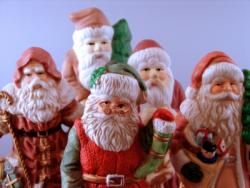 The former European Capital of Culture’s market sprawls out across the Place Rihour, a natty 50-metre ferris wheel the star attraction. Vieux Lille is the place to go for antiques and proper linens.

Even the taciturn city residents mellow at this time of year. The capital hosts a number of diverse markets, the biggest running the length of the Champs-Elysees and a-twinkle with fairy lights.

240 chalets offer everything from the swaddled-Christ-shaped stollen to cured meats and traditional wooden and tin toys. Go ice skating in Brussels’ market to one of the show-stopping light shows.

The medieval city’s cobbled streets are almost as tricky to navigate as the ice rink, but it’s worth getting the appetite going for mulled wine, artisan chocolate… and hauling shopping bags home.

The fantastic architecture of Antwerp improves the acoustics for the carol singers- and makes it an atmospheric setting for a market groaning with local specialities and traditional handicrafts. 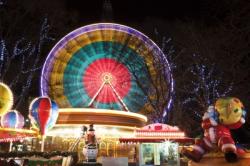 Deck your halls with decorations from Sint-Baafspein’s Christmas Village- a motley collection of wooden huts, and take some time out to visit the city’s numerous UNESCO Heritage Sites.

Santa will be hanging out in Namul on Saturdays, listening to the brass band, chilling on the ice rink, riding on the carousel, or just stuffing his sack with the bounty from the endless market stalls.

The Place du Marche hosts one of Belgium’s largest Christmas villages, with over 200 vendors. Warm the cockles with a few Liege waffles, crunchy with caramelised sugar. When in Rome and all that… 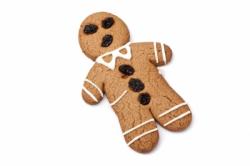 The ancient city is riddled with attractive buildings, and comes alive for a festive fortnight in December, offering crafts, local sustenance and the intriguing-sounding  Ã¢â‚¬Ëœstreet animations’.

Far nicer than it sounds, the Grote Market’s chalets offer a pleasant collection of crafts, gifts and local food. If you’re not up for a whizz round the ice rink, there are ample venues for a toddy or two.

Most breaks include travel, hotel accommodation and breakfast. For further information, travel details and to book tickets, visit thetrainline.com