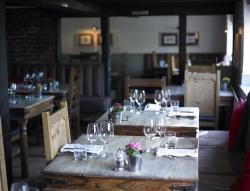 Having worked with world famous chefs such as Michel and Alain Roux and the acclaimed chef Mark Sargeant in previous years, the racecourse welcomes Tom and his team from the Michelin stared gastro pub.  Working with Ascot’s Executive Chef, Steve Golding, Kerridge has devised dishes for the Panoramic Restaurant that reflect his passion for taking traditional English dishes and giving them a Kerridge’twist’.  Dishes include Poached Lobster and Late Season English Asparagus Salad with Summer Truffle Dressing, Treacle Cured Beef Fillet with Braised Shin, Courgette Flower and Clotted Cream Pomme PurÃƒÂ©e, Tonka Bean Pannacotta and Poached Strawberries and Strawberry Ice Cream.  The restaurant is one of the most sought after restaurants during Royal Ascot due to the far reaching views down the straight mile.

Tom himself  has  appeared on shows such as Market Kitchen and Market Kitchen’s Big Adventure and has competed and won the main course twice on BBC2’s Great British Menu, becoming the first person to win twice. His most recent TV appearance was on BBC2’s latest series of MasterChef The Professionals. 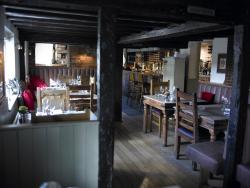 The Hand & Flowers was opened in March 2005 by Tom and his wife Beth.  In less than a year they gained themselves one Michelin star and in 2012, they were the first pub to have been awarded 2 Michelin stars.  Just  recently the pub been crowned for the second year as the Top Gastropub at the Budwieser Budvar Top 50 Gastropub Awards 2013.  Tom was previously head chef at Adlards in Norwich (one Michelin star), and senior sous chef at Monsieur Max in Hampton (which also had one Michelin star).  Before then, Tom cooked at London restaurants including Odettes, Rhodes in the Square, Stephen Bull and The Capital.

Tom Kerridge, says Ã¢â‚¬Å“Ã¢â‚¬ËœI am delighted to be involved in Royal Ascot. This is a major part of the British social calendar and I feel immensely proud to be showcasing British food at the prestigious event.Ã¢â‚¬Â

Royal Ascot is a unique event in the summer social calendar, steeped in tradition, heritage and pageantry.  During the third week of June the Berkshire racecourse welcomes some of the greatest racehorses in the world to battle it out on the hallowed turf in front of 300,00 people.

Tom Kerridge’s menu is available for lunch during Royal Ascot Week and the package includes a Royal Enclosure guest badge, a private balcony and roof terrace, Champagne and caviar reception, five course luncheon, selection of fine wines and liqueurs, full afternoon tea and a complimentary bar throughout the day.  The Panoramic package costs from £880 per person and reservations can be made on 0844 346 0346 or visit www.royalascothospitality.co.uk for more information. 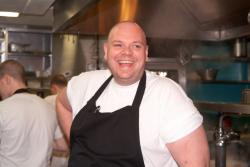