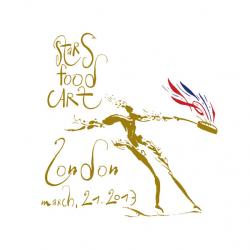 Sofitel Luxury Hotels has announced that its next Stars, Food & Art charity event will take place at The Balcon at Sofitel London St James on Thursday 21 March 2013.

Stars, Food & Art combines art with gastronomic excellence and the London event sees four talented chefs participating: Raymond Blanc, Christophe Muller, Michael Moore and Guy Krenzer. Each chef will prepare one dish in this four-course fine-dining charity event which begins with a Champagne reception. Strategically placed screens in the restaurant will broadcast live video from a webcam in the kitchen, offering a behind the scenes view. Chefs will also meet with diners in the course of the evening.  While special dietary requirements will be catered for, menus will only be revealed on the evening itself. 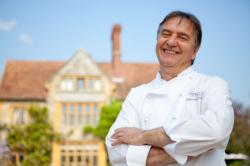 Raymond Blanc is Chef Patron of two Michelin Star restaurant Le Manoir aux Quat’Saisons. The self-taught French chef has appeared on a number of television shows and was awarded an OBE in recognition of promoting culinary excellence and for raising awareness of the importance of healthy food.

Christophe Muller is Executive chef at three Michelin Star L’Auberge du Pont de Collonges, the French restaurant founded by legendary chef Paul Bocuse. French born Muller is known for his precision, speed and innovative methods, and has worked at the temple of classical French cooking since 1994. 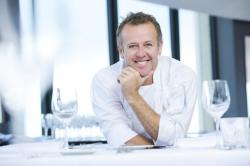 English born Michael Moore is one of Australia’s most respected chefs. Renowned across three continents the popular television chef, food consultant and author has a passion for nutrition and food science, making high-end food accessible to both the cook at home and to the discerning restaurant patron.  Michael is currently the chef/owner of Sydney O Bar and Dining, located atop the famous Australia Square building.

Guy Krenzer is Executive Chef and Creative Director at LenÃƒÂ´tre. At 26, Krenzer had already been awarded a medal at the prestigious Meilleur Ouvrier de France, the Olympics of pastry making, held every four years in Sorbonne. Chef, artist and artisan, Krenzer leads a team of 500 and yet is known for his calm and serenity, perhaps aided through his love of Shiatsu.

The event is being held in aid of The Royal Flying Doctor Service of Australia Ã¢â‚¬â€œ Friends in the UK.The Royal Flying Doctor Service offers primary health care and 24-hour emergency service to those who live, work and travel throughout Australia, especially those in remote and rural communities. The Friends in the UK work to raise funds for aircraft replacement.

Inspired by Sofitel’s ‘Art de Vivre’ concept, Stars, Food & Art was first created in 2007 at SofitelLegend Amsterdam The Grand, seeking to offer a memorable experience of fine dining, wine and culture. Following its success, and in collaboration with culinary author and journalist Lise Timmer, the culinary event now takes place on a quarterly basis at different Sofitel addresses across the globe.

Sofitel London St James is a five star, grade II listed property located on the corner of Pall Mall and Waterloo Place. The Balcon opened in 2011 as a grand brasserie combining the best of French and British cuisine with a dedicated charcuterie bar, champagne balcony and private dining room.

Tickets are priced at £275 + VAT and must be booked in advance by contacting Corinne Cleret (Corinne.cleret@sofitel.com / Tel. +44 (0) 20 7747 2205) For more information visitwww.starsfoodart.com 7 chefs,12 Michelin Stars, 8 Courses. Welcome to Sofitel Dubai …