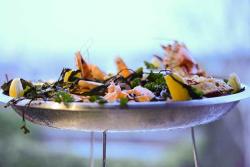 They’re hosted by Terrence Higgins Trust’s most well-connected supporters including trend setters, celebrities and high profile individuals and  Angela Hartnett is the ambassador for the event. Now celebrating its 13th year The Supper Club is a renowned success, with over 400 attendees in 2013. 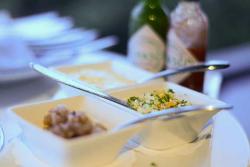 Each guest ticket to attend the Supper Club costs just £175 and is inclusive of food at the restaurant, a car to the after party and complimentary cocktails and outstanding entertainment at the party. The restaurants/caterers generously donate their food and services for free, leaving the drinks bill as the only cost the guests need to cover.

At the end of their meals guests will be transported in a fleet of cars to a fabulous after-party at The Underglobe on Southbank featuring fantastic cocktails, entertainment and the excitement of a silent auction. 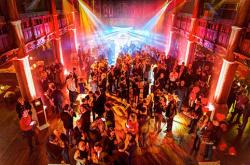 The Supper Club  has always had the support of some of the best and most exciting establishments in London and this year is no different.

The Dining Room at The Goring

The Caramel Room at The Berkeley

Babylon at The Roof Gardens