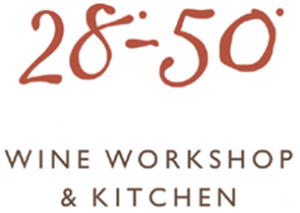 28-50 Wine Workshop & Kitchen is the latest venture from Xavier Rousset and Agnar Sverrisson, the restaurateurs behind the award-winning Michelin-starred restaurant Texture. Launching in early June 2010 in the City, it aims to deliver an exceptional variety of wines at excellent prices alongside simple, classic French food.

Named after the latitudes in which most wine regions are located, 28-50 Wine Workshop & Kitchen will be a more casual and wine-focused bar and restaurant. Rousset has developed the unusual concept of a ‘private collector’s list” including wines from the cellars of his personal contacts alongside an extensive list of 30 wines at very reasonable prices – all of which are available by the bottle, carafe or glass. The list will be continually evolving with the aim of allowing guests to experiment in their wine choices, and Rousset will make daily wine recommendations to match the menu specials.

Sverrisson has created and will oversee the French bistro-style menu, which will be executed by head chef Paul Walsh. Walsh joins from Restaurant Gordon Ramsay at Royal Hospital Road but moves away from his fine dining background toward a simpler and more informal menu, incorporating dishes such as rib-eye steak with braised shallots and sauce choron and red mullet fillets pan-fried and bouillabaisse.

With just 60 covers, the interior of the restaurant will be intimate but relaxed and wine will form a key feature. Guests can also enjoy relaxing drinks at the bar if they are limited on time. Exposed brick walls will complement stripped wooden floors, while the wines will be on display to guests.

Sverrisson and Rousset met while working as head chef and head sommelier respectively at Le Manoir aux Quat’Saisons. They fulfilled their dream of setting up a restaurant where wine is of equal importance to the food when they launched Texture in 2007. In 2010 they were awarded a Michelin star. The restaurant was also named Newcomer of the Year 2008-2009 in the Remy Martin London Restaurant Awards and the Independent New Restaurant of the Year 2007.

Rousset has not only won Ruinart UK sommelier of the year, but he became the youngest master sommelier in the world when he passed in 2002. Whilst he will take a hands-on role in 28-50 Wine Workshop & Kitchen, he will also be joined by Ed Newman, who previously worked for the Soho House group. Sverrisson plans to remain in the kitchen at Texture while overseeing the 28-50 menu.

28-50 Wine Workshop & Kitchen will be open for lunch and dinner, Monday to Friday.

By Foodepedia20 May 2010Restaurant Openings