Down in South Kensington, Nik finds that restaurants still have the edge on any virtual reality headset – transporting you from the streets of West London to the alleyways of Palermo in a single bite. 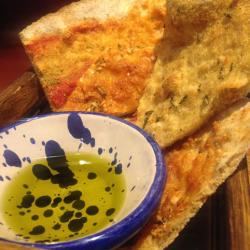 A few weeks ago, I saw the future of dining. A 3D headset that let me tour a brewery in Greenwich without leaving the comfort of my own home – or in this case Regent’s Park. It was good wholesome fun – a fantastic insight into what the future holds for technology and, perhaps, beer.

The problem with this particular future, as I see it, is two fold: 1) you can’t take photos of what you’re looking at, as it’s only happening an inch from your own eyes; 2) there are a couple of key ingredients missing – taste and smell. 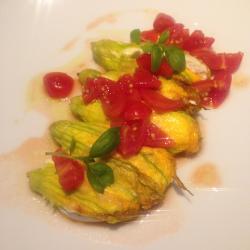 Sitting in IDDU – a restaurant in South Kensington – later that same day, a thought struck me. Food has to be the first (and still the best) virtual reality. At IDDU, for instance, you’re clearly not sat at a table in Sicily, but with a glass of wine, a bowl of pasta and the waitress rasping away with an Italian accent, you’re as close as you’re ever going to get without a plane ticket.

IDDU is a tiny all-day Italian restaurant. It’s neat, clean and full of the sort you expect to find in South Kensington – i.e. those who know how to actually read a wine list – plus plenty of Italians. The latter is a good sign, as I can’t imagine the Italians, of all people, will accept a substandard imitation of their own cuisine. 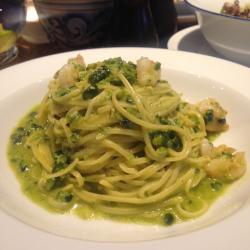 Everything at IDDU seems tiny – the place is small enough to be mistaken for a deli, especially with a food counter that takes up a quarter of the floor space; the tables are equally small, as is the waitress’s voice, murmuring as she did so often that I gave up asking’what?’ and just took to nodding.

Keeping with the tiny/delicate theme, I opted for precious, delicate courgette flowers and cheese. This wasn’t as tiny a dish as I’d expected; stuffed almost to breaking point with a lip-smackingly good ricotta. Even so, my knife and fork glided so effortlessly through the paper thin flowers and soft cheese, the plate was clean in seconds. 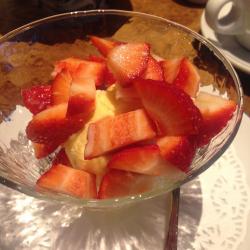 My main was a tagliatelle with pesto, pistachios and prawns. This is Sicily as I remember it from a few years ago: a small manageable mound of pasta, with the topping adding a hint of flavour. The focus here is on the pasta, rich with egg and light with flour – one option is to have it just with oil and a flake of cheese, that’s how much they favour the stuff.

I’m a big pasta fan, so this was perfect. I can see some being disappointing though; the handful of small prawns and nuts scattered across the surface are quickly lost as you stir the pasta round the bowl. Don’t say we didn’t warn you. 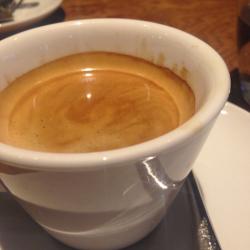 Pudding was a surprising star, only because so many Italian restaurants in London seem to be obsessed with bought in cheesecake and flavourless panna cotta. Homemade vanilla ice-cream – creamy, with a burst of vanilla essence – along with the sweetest (French) strawberries I’ve had in a long long while. You’d be forgiven for thinking the flavour had somehow been artificially enhanced, but the manager tells me that they’re naturally just that sweet.

IDDU offers that rare understated quality that a lot of restaurants in London fail to achieve. Given the area, I was expecting more pomp, more flashiness, more unnecessary shine added only to justify the restaurants address. There was none of that, just friendly (albeit slightly quiet) staff, a well-priced menu of simple dishes, and a feeling that your chair had been couriered straight from a Palermo restaurant. Virtual reality is going to need to try a lot harder if it’s to beat what they have to offer here.

More from this reviewer?

Check out The Plantation, in Poole