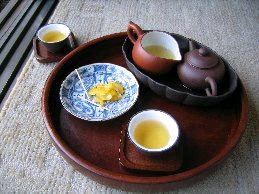 An article this week in the papers said that Chinese was replacing Indian as the most popular ‘UK’ dish. Some pundits said it was because Chinese was perceived to be healthier for you as a stir-fried dish will inevitably have less oil for you to absorb. Also the use of MSG, which you once used to see being literally sold by the sack full in Chinese restaurant wholesale suppliers, has declined. If you wake up thirsty in the night though, that’s a good sign your meal wasn’t entirely MSG free.

Royal China are almost certainly not using MSG, despite being pretty traditional in their cooking, not for them either the far out and fabulously expensive dishes of places like Kai in Mayfair. The menu is all very familiar and reassuring, right down to the revolving central platter, the Lazy Susan, which I remember from my first childhood Chinese experiences. The trick then was to slyly trundle the best bits around to my own side before the rest of the family noticed and the inevitable fight broke out. I seem to recall a sibling being carried out with a chopstick sticking out both ears, suggesting it had passed straight through, but perhaps that’s just wishful thinking.

And so here come the spring rolls, the smoked shredded chicken, sesame prawn toast, crispy seaweed (cabbage deep fried), deep-fried soft shell crab with spicy salt and deep fried baby squid with chilli and spicy salt. It’s like watching an old 70s TV show, the food should be wearing flares. Chicken is moist and tasty, the crab is good, plenty of meat and not drowned in batter. The squid is not as tasty or as fiery as you’ll get in a Vietnamese place or from Ian Pengelley at Gilgamesh and the prawn toast despite being perfectly edible still baffles me. What? And why? Did the Chinese invent this peculiar dish or was it something, like Chicken Tikka, that evolved here in the UK?

Of course we have Beijing (Peking) duck. It’s what you do in a traditional Chinese and even fancy places like Min Jiang do it, albeit with the bird’s head still on and carved at the table. I always end up sticky with Hoi Sin sauce with this dish but as a group pleaser it always works, although there are never enough pancakes for me and the shredded duck ends up being eaten straight off the platter.

As I say its trad old skool Chinese but it seems to be what people want because this big, attractive place, is busy with a mix of western and eastern diners. Staff are relaxed and, for a Chinese restaurant, pretty friendly. It’s a bit of a cliché but hardcore Chinese restaurants do tend to have staff who could make a Parisian waiter late for his croissant break seem affable by comparison.

With the starters gone and my side of the tablecloth destined to be classed as ‘beyond saving’ by the Chinese laundry fresh courses started to pile up. Scallops steamed and with black bean sauce were generous and subtle, perhaps a bit too subtle but then I like my scallops caramelised. Steamed white fish, sea bass I think, was very good ably served by its simple ginger, and spring onion accompaniment. Sautéed beef with chilli and black bean sauce was as sizzling as advertised, the pot it was in making the air shimmer with heat haze. The waitress’s warning not to touch seemed superfluous but I suppose Health and Safety demand it. The beef was tender, the chilli jab just enough.

For once I found a dessert I liked, no not the battered banana, but the pan-fried red bean pastry whose sweetness was not sugary but rough, almost savoury and really rather intriguing.

So there you have it, classic UK Chinese done well and to a reasonable price. The Royal Chin chain is getting quite large but this remains their flagship restaurant and the Dim Sum here are legendary, drawing massive queues on a Sunday lunchtime made up of most of the Chinese community of London.