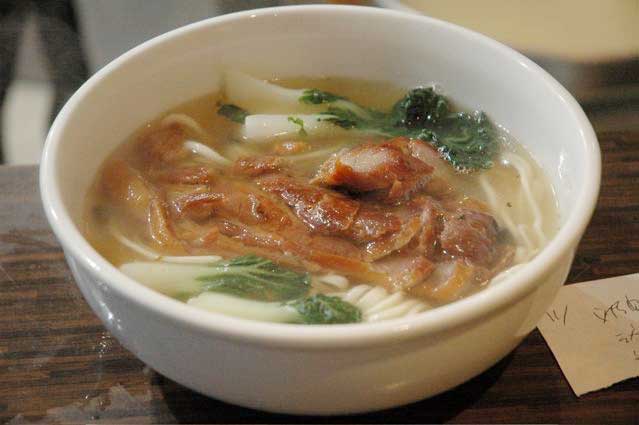 It’s one of those uninspired, grey London evenings buffeted by chilly pre-Spring winds, when your sluggish, gravy-soaked system simply cries out for a jolt – fierce, piquant flavours, hearty portions of meat and carbs, unfussy, substantial food. We decided to head out West – specifically, to Korean restaurant Nara in the West End.

Unpretentious and functional, Nara is a well-lit, almost generic sort of establishment with framed pictures and simple bench seating. Expect inscrutable but scrupulously polite table service. Their lunch times are predictably packed to the rafters, with Soho types honing in on the great value lunch deals of Korean and Japanese sets, which start from £7.50.

But we decided tonight called for one of those indulgent a la carte spreads. Korean meals usually start with a profusion of small side dishes, in this case, the ubiquitous Kimchi, fermented cabbage seasoned with chili and salt; and Kongnamul, cold boiled bean sprouts with sesame oil – these simple flavours in sparing amounts really whet the appetite for some serious food to come.

All the main courses usually come at once – it’s a very gratifying, luxurious sort of feeling to be comfortably seated at a table, which is simply heaving with hot delicious things to be sampled in whatever order you so desire. The heft of the meal was provided by a steaming bowl of Bimbimbap, literally meaning ‘mixed rice’ – white rice topped with sautéed vegetables, strips of beef and a raw egg that gets cooked by the heat of the earthenware bowl, all mixed at the table by the waiter. No picking at tiny little morsels here – the hot mess of jumbled ingredients and strong flavours really fill you with comforting, homecooked warmth.

Next up was an unusual specialty – Yook Hwe, a Korean version of steak tartare. The strips of fresh minced raw beef rib-eye should be slightly frozen, which provides a (believe me) fascinating crunch, which almost immediately melts into a mouthful of delightful flavours, from the mix of salt, sesame oil, and thin strips of juicy, nectar-sweet Asian pear. Nara’s rendition proved to be a little too generous with the pear strips, which resulted in a slightly soggy dish, but otherwise perfectly seasoned.

Our attentions soon turned to the Sundubu Jjigae, a promise of hot, spicy stew with full-bodied seafood broth, various bits of prawns and squid, silky soft tofu that falls away upon pressure from the spoon, and floaty frills of an egg that was broken into the boiling soup. It’s a heartwarming stew that has to be gulped down while still piping hot, mouthful after mouthful of joyous rich stock followed by a low, spicy simmer from the chili oil. However, this one at Nara proved to be something else altogether, with a broth that could be at best described as insipid. Next.

Our slightly dipping culinary expectations were quickly shored up by the introduction of a hot plate, followed by the arrangement of thin slices of sinfully layered pork belly, known as Samgyeopsal. The pork belly strips quickly go translucent on the hot plate, and then magic happens – the edges go crisp, the middle strip of lean meat gets juicy, and the thick layers of soft, flavourful fat wink succulently. Into the mouth they go after a quick dip in a mixture of sesame oil, ground black pepper and salt. I promise you, your mind will go blank with the immediate explosion of flavour – a lilting hint of sesame, hot, fresh, perfectly cooked, unseasoned pork that melts and leaves a rich, velvety aftertaste. Indubitably, the star of the show. We made haste to order another round.

The barbecue plate was also shared by a few tender strips of beef. This is Bulgogi, barbecued marinated beef strips, otherwise known as ‘fire meat’. Rightly, these marbled bites should also melt in the mouth, but instead turned out to be rather underwhelming – perhaps the wrong cut of meat was used, but it was overall rather grey with a dry, chewy, cardboard-like texture.

While the overall experience of dinner at Nara was enjoyable with the inevitable hits and misses, we felt this restaurant chose to forgo some of the subtleties of Korean cuisine – big and gutsy but never overwhelming, made with care and especial expertise to elevate the merely tasty to blow-you-away amalgamations of well-chosen ingredients and perfect cooking techniques. Instead, the fare at Nara is a reasonable enough approximation of Korean food, but perhaps with some corners cut, and some steps skipped – but at less than £20 per head for a full hot meal with drinks included, it’s definitely good enough for me on a drizzly Tuesday night.