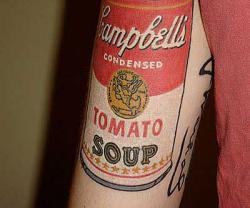 Like the bunch of half-dead roses at twice the price, Valentine’s Day food is compulsory. The cry of the herd’s in our ears as we ransack the isles for edible aphrodisiacs. It matters little that the object of our affection is crippled with IBS at the merest whiff of crustacean – it’s on the list – or that truffles, being swine-foraged growths reminiscent of a subterranean carbuncle, give sweetie the creeps – into the trolley!

At restaurants across the globe chefs find ten different ways of combining seafood, truffles and booze – the holy trinity of sexy foods. And then there’s chocolate for dessert, because we all know that nothing gets the ladies going like chocolate does. That’s right; this medical fact beggars the need for rohypnol.

Indeed, medial fact plays an elusive part in the mythology of these foods. Said to contain high quantities of performance-enhancing nutrients, there’s zero evidence that oysters rockefellar will raise your passion potential any more than tomato soup. As for the notion that these foods stimulate our carnal appetite with their suggestive appearance and aroma, it must be taken with a pinch of salt if our grocers and fishmongers are not to be portrayed as sitophile suppliers.