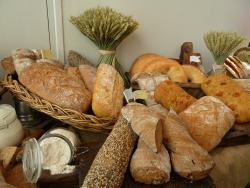 Come on, admit it. Even the most committed foodies take short cuts. Including when entertaining. The trick is to do it so no one notices – and that depends on where your guests live.

If you are entertaining friends who live nearby, or near the same shops as you, you will have to travel to a spot where there is a different choice. Here in the heart of Chiswick, west London, there is no point in trying to disguise ready-made small eats or whole meals from Waitrose, M&S, Sainsbury’s or even West Ken’s massive Tesco. We’ve all been there done that. But track down an Asda and I’d be able to fool everyone I know into believing that the whole thing was the result of my own hard toil. 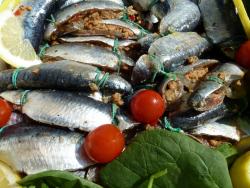 Yes, they might think that I’d asked my fantastic local fishmonger to debone the Cornish sardines (such a fiddly job) but I reckon they’d assume that I’d stuffed them myself with my own mouthwateringly Mediterranean, sundried tomato mix. They certainly taste authentically home-made – especially if griddled or barbecued – and look rustic enough not to seem as if they have come off a production line. A few green salad leaves, a couple of the sweetest baby plum tomatoes, a wedge of lemon and that’s the starter sorted.

A boned shoulder of lamb, rolled in parsley, sage, rosemary, thyme and mint, pre-basted and in an oven-ready foil tin, was meltingly tender and so succulent the juices dribbled down my chin. Served with a dollop of houmous topped with chick peas and harissa, plus a few roasted veg (and some waxy potatoes if you must) – sounds like a dinner party to me. Don’t fancy lamb? What about haunch of venison steaks with cranberry, port and red wine butter – or paupiette of pork with sage and onion stuffing wrapped in bacon? 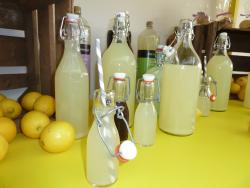 As a sometime driver to supper parties, I often feel short changed when it comes to drinks. Orange juice or water is as thrilling as it gets. I wouldn’t drink it often – far too much sugar for me – but on a hot, sunny day a glass or two of cool classic lemonade, poured over ice and decorated with a slice, would be a thoughtful option. Decant it into a non-branded bottle and you can pass it off as your own.

You will seldom persuade me to buy cheese from a supermarket; it has to be exceptional to beat my local deli in range and quality. But you need to know that Asda has achieved 146 awards for various cheeses in its range. The matured coloured cheddar (favoured by Scots) was full-bodied, rich and saltier than most – just how I like it. Several are from well-known, well-regarded producers such as the deliciously creamy Long Clawson stilton. The Desserts Cheese Selection appealed to me, particularly the Cheshire with dried apricots and orange blossom honey and the Wensleydale with dried blueberries and maple syrup flakes. Packed with a few buttery digestive biscuits you can serve them as is or, if you are up for a bit of effort, smash up the biscuits, bind them with a little melted butter, create a base in a small ring then top it with the cheese of your choice, crumbled then pressed down on top of the biscuit base. Pudding and cheese course in one. 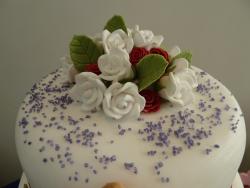 There is much more to the range, of course, including an extensive selection of breads made by artisan bakers (the sunflower and honey loaf got my vote). And an imaginative home-baking range for committed cake bakers – pretty sprinkles, icing roses, cake stands, cupcake cases and other essentials and decorative extras – due in stores in August.

The Asda Chosen by You range is not only clever marketing; it’s intelligent consumer relations. Not all of it appeals to me but some of it is extraordinarily good. Of course, it will soon become so well-known that you won’t be able to get away with it but, if Asda continues developing and changing according to what its customers say they want, you can rely on an ever-evolving range with which to fool your guests. Just don’t tell each other.