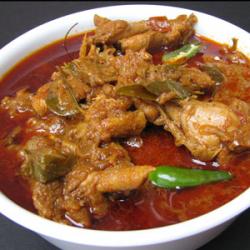 If you love a good curry with your friends why not get involved in Britain’s Biggest Curry Party and help raise money for the James Whale Fund for Kidney Cancer?

The charity is again encouraging people up and down the country to brush up on their culinary skills ahead of its annual’Britain’s Biggest Curry Party’ from Monday 17th October Ã¢â‚¬â€œ Friday 21st October 2011.

James Whale,a radio presenter for LBC radio lost a kidney himself to cancer in 2000. Whale said; Ã¢â‚¬Å“Curry is widely regarded as Britain’s favourite dish so what better way to raise money for the charity then encourage people across the UK to host their own parties? This year we have made it easier than ever for people to get involved by allowing people to download all the marketing material and donation forms directly off the website www.britainsbiggestcurryparty.org.

By hosting or attending a curry party you are making a huge difference to patients, carers and families of those living with kidney cancer. Kidney cancer is seen as relatively rare, with only 8000 people a year catching it. Yet of those 8000, around half will die, more than die on the roads. Its rareness means that often information and support is difficult to come by. This is what the James Whale Fund hopes to change by increasing both awareness and the infomation availableÃ¢â‚¬Â.

Ã¢â‚¬Å“We’re confident that this will be our biggest fundraiser yet. We’ve had three successful years to date but the popularity of the event is growing and this year we hope to see parties held all over the country. All these events really will make the week’Britain’s Biggest Curry Party’ and raise an invaluable amount of money for the charity and its causes.Ã¢â‚¬Â