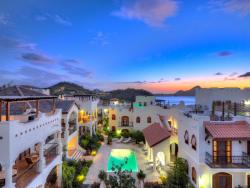 It’s baking hot even at 8 a.m. as I explore the sights and smells of the Saturday market in Castries, St Lucia, which has been billed one of the top three markets in the world by National Geographic. The stalls are piled high with mangoes, yams and less familiar knobbly looking fruit and vegetables. 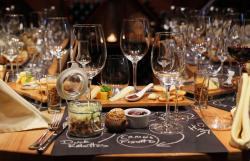 Luckily I am here with Craig Jones, the dreadlocked Welsh chef from St Lucia’s Cap Maison hotel who is as familiar with all the local characters here as he is with the soursops and the christophene.  Craig brings hotel guests to the market to see where he buys the food that will later grace the table at The Cliff at the Cap. Everyone here seems to know him and is either trying to interest him in the produce they are selling , or  asking him for a job in his famous  kitchen

I first met Craig  in the summer when he was at  Drakes ‘ hotel Brighton as part of the international chef exchange. Now back on his home territory, the market tour is just one part of the’gastronomy holiday’ which Cap Maison  offers.  Craig also arranges visits to the organic farms in St Lucia which supply the hotel as well as giving cookery lessons back at the hotel. 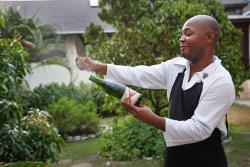 Also included is a boat trip in a local pirogue down to the Friday night Anse-La-Raye Fish Fry, an open-air street party which sees local chefs showcasing their catch in a fish fiesta.

Cap Maison is rightly proud of its culinary reputation, as the Cliff restaurant with views to Martinique to the north and Pigeon island to the west is one of the most highly regarded on the island. Craig’s French  influenced Caribbean cuisine includes signature dishes such as his butter poached Caribbean lobster with mascarpone enriched gnocchi . 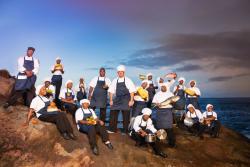 Guests can dine in the hotel’s Cap Roc, a private dining area set over the rocks where champagne can be delivered  in a basket via a zip-line (should that be a sip-line?) with the waves crashing on every side. Manager Ross Stevenson tells me that there has been no less than 29 proposals at this spot, and not one engagement ring has gone overboard.

The hotels other restaurant The Naked Fisherman Beach bar & grill is a toes in the sand casual dining and beach bar with great cocktails.

The food and wine experience continues in the Cellar Maison , where sommelier Robbie  , who also calls himself a’Rummelier’, and expert sommelier, Jasper Kok jointly  host a wine and rum pairing evening with a selection of wines from the hotel’s  1200 bottle  strong cellar and  some of its fine rums. The drinks are served with a selection of deli-style dishes.

The melting pot of colonial influences takes root in St Lucia’s creole cuisine, and  island’s fertile volcanic soil sustains a rich diversity of plant and animal life, enhancing the goodness of local dishes and the surrounding waters abound with seafood.