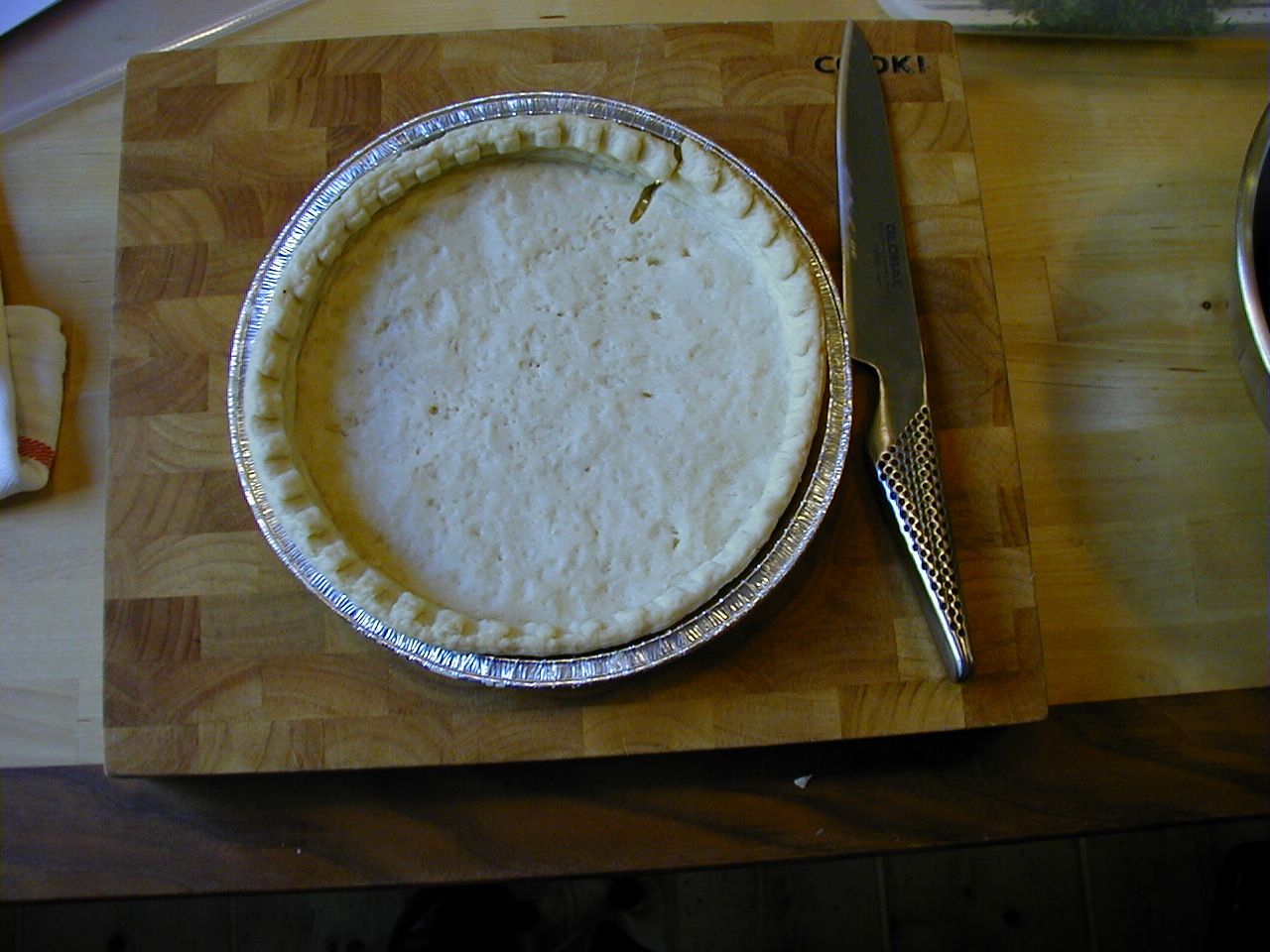 Who’d have thought an Oasis song would provide a headline for a piece about baking? Can’t see Liam in a pinafore really but Patsy….mmm. Anyway, those other charming Northerners, the people at Jus-Rol™, have put on a demo of just how easy their ready-made pastry is to use as a quick route to tasty meals and, being a bit fond of the product, I’ve rolled up to watch.

My party trick is to use their puff pastry to make nibbles – butter a sheet of puff pastry with something nice like tapenade, cut into strips, twist into corkscrews and bake. Simple and delicious and just a taster of my new cookbook ‘New Recipes from South London – the ghetto bites back’, available to nick from a bookshop near you soon. 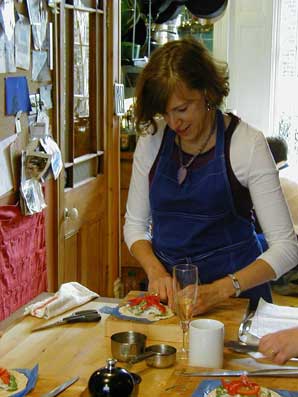 This afternoon I’m in North London at the cookery school Foodat52 located in a street of Georgian houses near Kings Cross. Here in a kitchen classroom that is stuffed with eclectic cooking utensils, dishes and things I have no idea about, John Benbow runs regular cooking classes to teach up to six people at a time the secrets of everything from making pasta to knocking up a Moroccan feast (first catch your Moroccan). It’s the antithesis of the squeaky-clean, stainless steel, shiny cupboard kind of schools I’m used to and on this bitterly cold day it’s lovely and warm and welcoming. Much of that warmth comes from John’s pride and joy, a nine (yes nine) burner Chester gas cooker which he tells me was rescued from a Nunnery and was probably made around 1880 and gloriously looks it too. I am green with envy.

Food consultant Mitzie Wilson is chef cheffy today though and John is tending the stove, shoving in our creations as we make them. The beauty of ready-rolled pastry is of course massive convenience. Few of us have time to make short crust pastry these days and as for puff pastry well that’s an art even fewer of us are capable of. So why bother? The Jus Rol pastry comes wrapped in non-stick parchment – blue for short crust and red for puff and is ready in seconds. Even if frozen it comes up to working temperature reasonably quickly so is still a good standby.

Created in 1954 by a local family baker Jus-Rol™ is made today in Berwick upon Tweed and available everywhere and we began by making a simple mushroom no -dish pie. On one half of a sheet of short crust pastry was piled a mix of cooked mushrooms, some soaked dried porcini, peeled chestnuts (out of a tin), parsley, soured cream and seasoning. The other half of the pastry was whacked on top, the edges sealed and a wash of beaten egg applied and then into the oven it went. Twenty minutes later we had a pie that was ample for two people and really rather tasty. 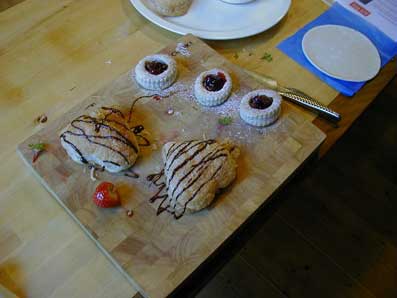 Jus-Rol™ also rather handily make ready to bake tart cases. Personally even if succeed in making the pastry, I never succeed in getting it into the pastry case in one piece.This results in filling that leaks under and out. All these pre-made cases need though is a little blind baking and they are ready to be filled, first with some dry fried pancetta cubes which are then submerged in a mix of beaten eggs, crème fraiche, peas, parsley and parmesan. About five minutes work really, and the result is tasty little tart that could feed four average people. Add a bit of salad and it’s a full on proper mid week meal.

Half an hour later we’ve knocked out some simple Valentine’s hearts with strawberries and cream, some easy-peasy mince pies using Jus-Rol™ ready made vol-au-vent cases and, using the pre-made mini pastry circles, some rather cool and kid friendly Chicken and Spinach Puff Rounds. These were rather like pizzas but, and keep it quiet, rather a lot healthier. 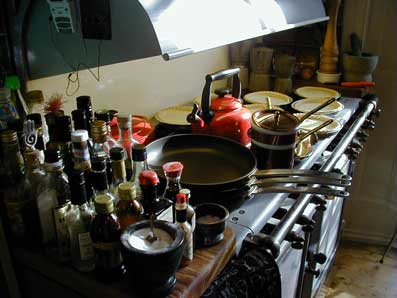 Clutching my box of hand-baked goodies, after carefully making sure I didn’t end up with any of the dodgy ones I made myself, I headed off to St Pancras swerving the usual mix of crusties and tramps, now augmented by lost French tourists unfurling large maps of London and all asking after Tower Bridge. Naturally I helpfully directed them still further North because, at the end of the day, that is how I rol.