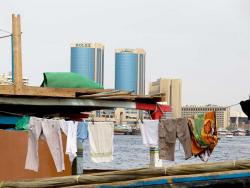 What comes to mind when someone mentions Dubai? Ludicrously tall buildings, luxury leisure projects, endless sunshine and a desert held back only by the immense power of money? A place where low paid immigrants with confiscated passports do all the lifting of anything heavier than cash, while expat Brits eke away the time by spending tax-free income on parties, gadgets, cars and food? 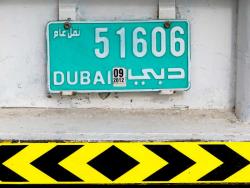 This is all true to an extent and it’s also a place of hidden pressures, where Blackberries can’t log on to all Wi-Fi networks, because one of the ruling sheikhs has forbidden it. Some people suggest it’s because he owns a rival phone company, others that’s it’s because of the power of BBM. He saw how the oppressed people of another country used BBM to great effect to mobilise their forces and he didn’t like it. There’ll be no repeat of the UK riots on his watch. 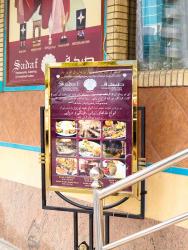 You can eat every European menu in Dubai, often cooked by Michelin Star chefs in the restaurants that they’ve opened to siphon off all the money sloshing about. Pierre Gagnaire has one, so does Gordon Ramsay They are all fabulously expensive because ingredients have to come a long way to appear on their menus, and also because expensive means nothing to Dubai’s moneyed class.

In fact it does mean something: the more it costs, the more they like it. It’s status, like the supercars that line the streets but have nowhere to go except to the desert, where they test their top speeds in the middle of nothing, or roll down boulevards in town lurching heavily over speed bumps their exhausts growling grumpily in protest. At least the drivers are all sober though; alcohol is only available in a few places and locals are rather surreally obliged to wear Western clothes while consuming it. 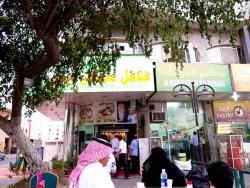 There is another Dubai however, where buildings are less than three storeys high and don’t have Tom Cruise crawling down them. Where the street still meander and disappear into blind alleys, where westerners are notable by their virtual absence, where the smell of souk and spices, not Dior, hangs on the air and the food is fabulous.

Local blogger Arva, better known to her many fans as www.iliveinafryingpan.com, has lived in America but came back to Dubai because she loves it and she loves the food. Kindly putting off business meetings she agreed to whistle stop me, unfresh off the plane, around some of her favourite places in town, ones where the food is what locals want to eat every day. 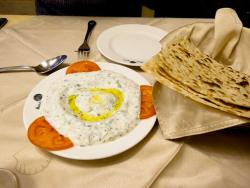 First stop was Sadaf a Persian (Iranian) restaurant on Maktoum Street. Housed in the base of a grey block of a building on a road that was one of the first paved streets in Dubai, it had the look and indeed the smell, of its 33 years of history. Inside men in thawbs ate with wives completely concealed by burkas, lifting their veils only enough to post their food in underneath. 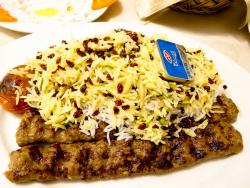 Borani Esfanaj, strained yogurt with spinach and garlic and puddled with olive oil and scooped up with singed flat bread was delicious, but the real deal in Persian restaurants is the kebab. Minced meat on a skewer, not an elephant’s leg sliced, this was powerfully flavoursome lamb laced with sumac on super long grain rice studded with berberries. Amusingly the restaurant adds a hotel portion of butter to optionally stir in, as people like to do that here. Very good but no time to linger, on to the next 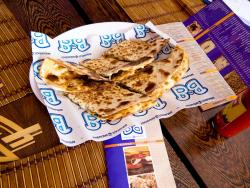 At Breakfast to Breakfast, Al Rigga Road, part of a chain and rather grim looking, the lunch rush had been and gone but they fired up the ‘pizza’ oven to make us manakeesh bi zaatar, a classic breakfast/lunch dish. The flatbread dough is shaped thinly to order and flavoured with sumac and the za’atar herb. Sharp and salty akkawi cheese is spread on top before the whole lot is shot into the oven. A breakfast of champions even for me, now feeling the effects of an overnight flight and being seven hours ahead of myself. 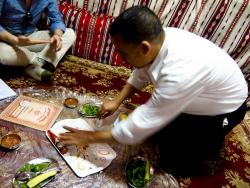 And so we rolled on to Al Tawasol, near the clocktower roundabout. Seriously Yemeni it has a large eating area at front where diners eat on the floor. Those diners are exclusively male; women and mixed groups must go to the back parts where majils ‘tents’ have been created. We kicked off our shoes and crawled inside to lounge back against cushions, or attempt to sit cross-legged. A buzzer summoned a waiter who soon came back with a plastic sheet to protect his carpet/table and a selection of dishes selected by Arva soon followed. 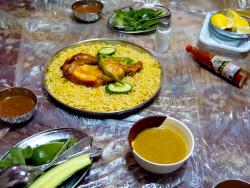 Lentil soup was spicy and smooth but the speciality here is the Yemeni national dish of Mandi chicken or lamb cooked in a Yemen tandoor, (a taboon) that is basically a hole in the ground lined with clay and fired by charcoal. The result is a meltingly tender piece of meat flavoured by both the spices and the smoke and made even better by dripping a harissa style hot sauce on top. We sucked on bones and drank lots of water. 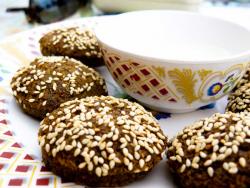 Two final stops. First the Sultan Dubai Al Falafel Restaurant, Muraggabat Road where we ate the best falafels I’ve ever eaten (and I’ve been to a few music festivals). These were Falafel mahshi (fava bean falafel stuffed with a tomato mixture and topped with white sesame seeds). Crunchily fabulous on the outside, melting inside and who doesn’t love the taste of sesame? 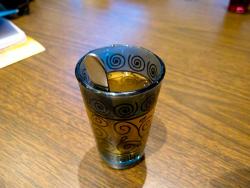 It ended of course with Lebanese mint tea at Al Safadi Restaurant, Al Rigga Road, My eyelids were drooping from all the food and missed sleep and I was told I’d merely scraped the top of what was really on offer food wise in Dubai.

Few people go to holiday in Dubai, most are on business trips. However you go, it’s far better to avoid eating at the overpriced posh places or in the burger/pizza joints that are in the tourist areas. Strike out into old Dubai and meet ordinary locals and try the variety of food on offer, the prices are right and the people are friendly and the sun, of course, always shines.

Thanks to Arva www.iliveinafryingpan.com Samantha at www.foodiva.net and Sally at mycustardpie.com for all their help. Before you go to Dubai, look these ladies’sites up. We flew to Dubai in an airplane and stayed in a hotel.