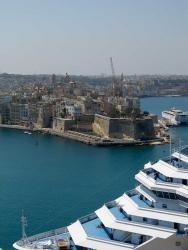 The expression ‘when the boat comes in’ has a real resonance in the Maltese port of Valleta. Cruise ships the size of high-rise flats make this port a regular stop, disgorging around 3,000 passengers at a time. In high season up to six of these leviathans can all be in at once, that’s 18,000 wobbly-legged tourists all hungry for food, drink, sightseeing and souvenirs. It’s a big litre of the lifeblood of this town, a historic port, once a vital British naval base and home of the Knights of St John. 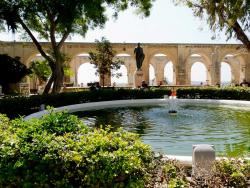 Behind the busy seafront though, away from the tourist spots that have made the town a bit of a byword for ‘costa’ style excess, there is another Malta visible. One where the Italian, British, Middle Eastern, Greek and Roman influences have created a unique place in the middle of an azure sea, and also an island that surprises the traveller who’s prepared to look beyond the clichés. 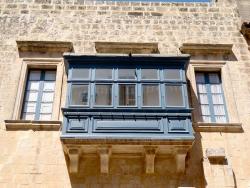 In the narrow streets that make up the old parts of Valletta you begin to sense the history layered on this strategically placed island. Most visible signs are the street signs themselves, in Western script but clearly Arabic in origin, as well as the enclosed wooden balconies that ornament almost every home. These are so iconic the government offers financial incentives to keep up their maintenance and restore ones that time has worn out. Beautiful to look at, they’re also held to be Arabic in origin, allowing women to get fresh air and to watch the world, while staying demurely hidden. 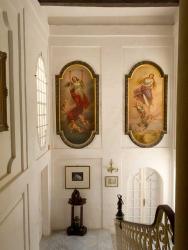 Some have little hatches to allow children to peer out, as you can see in Casa Rocca Piccola, a Maltese noble family’s home going back 400 years. Still owned by the de Piro family it has no velvet ropes to fence you off, and family pictures smile back at you from on top of the grand piano.

Each of the 50 rooms is ornamented with classic furniture and there’s even a private chapel as well as the old bomb shelters from World War 2. The family has moved with the times and has an Italian restaurant in the basement, as well as a gift shop, and on Fridays you can take a guided tour usually led by Marquis de Piro himself, followed by champagne in the beautiful courtyard. 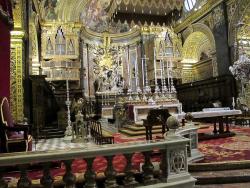 Leave the palace and visit St John‘s Co– Cathedral, home of the Knights of Malta and commissioned in 1572 by their Grand Master – if you like Dan Brown novels you’ll love this place. Inside is gold enough to make a rapper faint, and two works by Caravaggio – genius, drinker, brawler, murderer and a bloke you really didn’t want go out on the lash with – the enormous ‘The Beheading of St John the Baptist‘ and the smaller but no less impressive ‘St Jerome Writing‘. 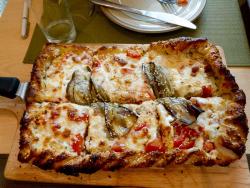 Time for lunch and food for the Maltese, away from the tourist traps, nearly always involves rabbit. The island is hopping with them and in the restored bakery Ta Nenu I ate too many traditional ftiras – bread topped with things such as tomato, tuna, anchovy, pepper and cheese – that the rabbit, marinated in garlic and red wine fried in olive oil and served in its own juices, did me in. Delicious all the same though. 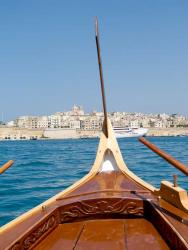 A leisurely short ride in a ‘dghajsa’, a gondola in all but name, across the Grand Harbour to Vittoriosa, Senglea and Cospicua – the Three Cities as they were named during the Napoleon years – gives a good few hours pleasant walking to get rid of the rabbit.

With the arrival of evening and hungry again I dined out at Rogantino‘s in Landrijiet Rabat , a late 16th century hunting lodge in the middle of the countryside with walls metres thick. Rabbit and a fantastic stuffed quail were local, sustainable and excellent. They do banquets here and a massive multi- course feast, the same as I gamely ploughed through, is just 35€ 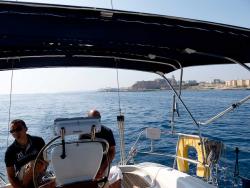 The next day a leisurely yacht ride to Gozo, the island north of Malta and home to the goddess Calypso. The luxury sailing boat smoothly crept along the coast, passing the old British administration buildings until anchoring in a deep blue bay for swimming and a great meal knocked up by the two-man crew and eaten under the shade of the boat’s awning. It was a taste of being a millionaire, if only for an hour or two. 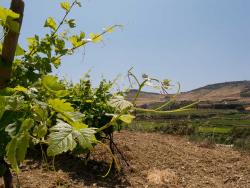 Safely on land a quick trip to Gozo’s capital, Victoria, and The Gran Castello with its spectacular views over the untouched island was followed by a wine tasting at Ta Mena Estate, the first agro-tourism complex in Gozo. Owner Joe Spiteri is passionate about his family business in the beautiful Marsalforn Valley. Here vines and olives predominate with wine produced in a state of the art winery and olives cold pressed to produce excellent oil. His sun dried tomato paste is pretty impressive, too. 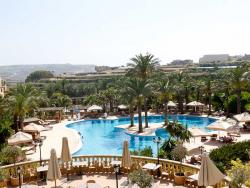 As his elderly father pottered about cheerfully, Joe poured wine and offered great nibbles while in dappled shade under the trees parties of tourists took a leisurely lunch in his restaurant. A brief stop at the luxurious Kempinski Hotel to sample excellent Maltese snacks and relax in their gorgeous spa only convinced me that for peace, quiet and battery recharging, Gozo really is the island to go to. 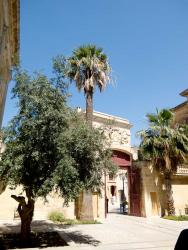 The ferry back to Malta is cheap and lands you near enough to the ancient town of Mdina for a visit. This remarkable ‘Silent City’ is a mix of medieval and baroque architecture and can be seen in Game of Thrones; Mdina Gate, the old city’s main entrance, for example is turned into the gate to King’s Landing, and it’s narrow high walled streets are mysterious and untouched by time. Few cars are allowed inside and the horses and carts have muffled hooves and rubber rimmed wheels so the atmosphere is unique.

I spent my last evening with a cocktail in the luxurious Hilton Hotel in trendy St Julian’s bay and ate in Sale e Peppe , a smart Italian restaurant right in the Portomaso Yacht Marina. On the TV Malta’s Eurovision entry was pluckily being voted out but we all cheered the home team on as the pasta flowed. 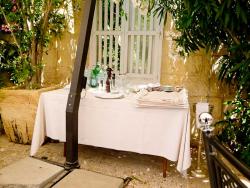 With just a morning and a bit left before the plane home I finally did what all the moneyed old families on Malta do on a Sunday and had lunch at Palazzo Parisio, Naxxar  in the fine dining Cafe Luna in the palace’s beautiful manicured gardens. It was gorgeous; the eternal Maltese sunshine held off by sheer white parasols and the menu a stylish mix of classic and new

And that’s Malta; ancient and wonderful behind the facade that the cruise day-trippers see. A place physically and metaphorically between Italy and the Middle East, yet always very much itself and totally comfortable with it.

A stay at The Palace Hotel in Sliema, Malta starts from 100 euros per room per night based on two people sharing a Deluxe room and including breakfast (English & Continental)

Malta is extremely well serviced out of the U.K with direct routes from regional airports across the country with the island’s national carrier Air Malta as well as a number of low cost airlines. Prices with Air Malta start from £69 One-Way including taxes in economy class. To book call 0906 103 0012 or visit www.airmalta.com.

For more information on the Maltese islands please visit www.visitmalta.com

We were, needless to say, guests of The Malta Tourism Authority