It was 12 noon and I was a little drunk and didn’t care who saw me tearing open my free sample from Cacao Sampaka with my keys as I stood at the Prince Regent terminal waiting for the DLR. 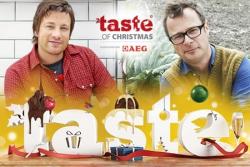 It was a reasonably successful mission as I’d managed to avoid the free samples of Russian Standard Special Gold edition as I wondered in to the exhibition hall at just after 10.30 in the morning. I cruised passed the various whiskey and gin stalls with relative ease but when I came across the Thornton’s Chocolate Liqueur all bets were off. I didn’t care a fig about the AM situation, I was going to sample some of that creamy chocolate drink. Good thing I did too because it was lovely, a strong contender to Baileys’ usual Christmas-time monopoly of dessert liqueurs. It looked as though Thorton’s was the gateway drink for me that morning because I moved without hesitation onto chocolate wine and then only paused briefly before I tried some Appleton Estate’s 12yr old rum.

I was baffled by the mount of gin stalls and felt indifferent to the usual over-abundance of chutney vendors. I battled my way through mothers with buggies and middle-aged meanderers who proved worthy opponents vying for valuable space at every single cheese and chocolate stall.

There were a number of unexpected stands at the hall this year, including a company selling gigantic brass-plated, Salvador Dali-style melting clocks. What they had to do with Christmas was beyond me. There was a Lifetime Books stand tucked away in the side alley. I don’t know how they managed to wriggle their way into a Christmas festival, although I did pick up a bargain copy of The Octonauts Adventure book for my 6yr old. People come to these type of events with pounds burning a hole in their pockets and I guess the Lifetime people appreciate the value of impulse buying.

As I weaved my way through the stalls using my trusty maze strategy, I sampled some lovely Syrian dips from Damas For Food. The pommegranate mouttabal and mujaddara lentils were really quite extraordinary and would make an exotic alternative for your guests at any Christmas get together.

The Nespresso stand was very popular, offering free, very decent sized cups of very decent espresso coffee, pardon me, Nespresso coffee. Take my advice and don’t pay for coffee at Taste of Christmas, rather, get your fix for free at any number of gourmet coffee stalls. If you prefer tea, then you’re in luck as there were at least fifteen different tea vendors selling everything from India’s finest to Japan’s most wholesome blend.

Waitrose School of Christmas Magic put on a good show in the far corner of the hall. Don’t miss Delia’s spread of fine food and the tasty samples going around. Keep your eye out for Heston’s salted-caramel popcorn samples, which were crazy good. Such a genius combination of two of my all-time favourite things, looking back I don’t know why I didn’t grab at least 3 cups for my greedy self. Heston’s corner looked like a tricked-out scene from Willy Wonka, the seventies version of course, and the only version in my opinion.

With plenty of rest-stops for sitting, sampling and sipping, the organisers of this event have provided well for the punters who have to battle the crowds as the day wears on and the weekend arrives. And, if all the jostling for free booze and chocolates gets too much, they even have a mobile massage unit, ready to limber up those elbows for more nudging.

Being short and impatient, despite all the alcohol I had consumed, I couldn’t see past the crowd for Jamie Oliver and Hugh Fernley’s de 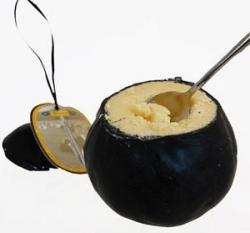 monstrations. But I could see them on the big screens and felt that tingle of being in the vicinity of celebrity.

All in all I would say this year’s Taste of Christmas was a cracker. I walked out with a glittered wax ball of Shorrock’s Lancashire cheese blended with apple and port, some Cacao Sampaka pralines, a handmade garlic grater and the buzz of an afternoon spent in a pub. Except it was only just noon and I hadn’t spent a penny on a drop of booze.

Most vendors were earnestly trying to inject their cheese, chocolate, wine, tea and various other things with Christmas cheer and there’s no doubt you will leave with some tasty stocking stuffers and unusual foodie gifts to put under the tree this year.

As to be expected, some of the prices were out of control. I mean I love pork scratchings as much as I love my own children, but there was no way I was going to pay £2 for a tiny packet that would be inhaled in less than 4 seconds. No matter how delicious they were. And they were delicious. Look out for a blue sign and half a barrel loaded with salty, light and oh-so-crispy rinds. And some of the chocolates were very pricey, but again, it’s to be expected, especially with small producers and gourmet brands.

So as I headed out of the hall, quite pleased with my haul and yet slightly disappointed that I didn’t get to sample the salted chocolate that so many stalls were selling but not offering for tasting, I almost unconsciously drifted by the Russian Standard vodka stall. It was nearly noon after all and I did want to find out what was so special about their new fancy Gold edition. One more for the road couldn’t hurt.