It’s not quite breakfast and it’s not quite lunch. Lucy Self finds out what is new, unusual or sparkling in London’s current brunch scene.

Breakfast has never been bigger. Every London cafÃƒÂ©, restaurant and gastro pub worth their salt beef fritter will happily serve an ethereal haddock soufflÃƒÂ© alongside a searing plate of Shaksuka without breaking a yolk.

Eggs are not only poached, scrambled and fried, but baked with paprika-rich chorizo or slow-cooked in a sous vide into satin-like submission. Toast takes on endless forms – in golden brioche with homemade lemon curd, dense pumpernickel with locally smoked salmon and slabs of crusty farmhouse topped with chanterelles, porcini and trompette de la mort.

As one would expect from a capital firmly on top of its food form, the choices are endless – from pickled mackerel and coffee at Caravan, pancakes a million ways at one of the five branches of The Breakfast Club to bacon chops followed by lobster benedict at Hawksmoor.

With summer finally showing its face, bringing with it sun-drenched mornings and less of a tendency to shrink beneath the duvet Ã¢â‚¬â€œ it seemed an opportune time to check out what is new in the world of London brunching. 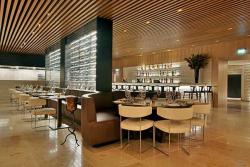 The five star ME London Hotel from The One Group opened up on the Aldwych Crescent end of The Strand earlier this year, bringing with it two bars and two restaurants including the ground floor Italian Cucina Asellina which has recently introduced a weekend brunch menu.

A hotel restaurant can be a joy no matter the hour or meal type, but there is something extra decadent about a top-class hotel breakfast, particularly when taken lazily at the weekend. In this sense arriving in ME London’s impressive 80s power-dressed monochrome lobby didn’t disappoint and though it was a little empty on our 1.30pm Sunday visit, neither did the wide-arched windows, wood-decked walls and cappuccino leather banquettes of Cucina Asellina’s Euro-chic interior.

Available from 10am Saturday and Sunday, the concise menu is inspired by the traditional Italian style of feast dining round a table, tavolata. To encourage such gorging it contains beautifully executed, classic brunch dishes (fluffy omelettes with oozing GruyÃƒÂ¨re centers and salty grilled kippers slick with parsley butter) alongside sharing plates and bowls piled high with homemade pasta.

We ordered paper thin ribbons of Parma ham, punchy rocket and chunky shavings of parmesan scooped up with still-warm focaccia; and a simple dish of square spaghetti tossed in a sweet tomato and emerald dots of basil that was so good, there was little chance of any sharing going on. 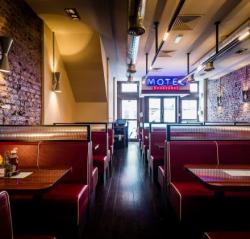 With its dimly lit, retro interiors and filthy Man vs. Food-esque menu, The Diner might not be the most sophisticated choice for breakfast in London. It is, however, an excellent option when the night before is drilling a hole in your brain that can only be cured by grease and the absence of natural sunlight. And, with seven outposts dotted all over London, you won’t have to stumble far to find one.

The new Gloucester Road site follows The Diner’s usual format, with a few menu additions thrown in for added value. On our visit we ordered shakes so thick our straws had to be abandoned for spoons and the Mexican breakfast (similar to Huevos Rancheros) to which we added spinach for some token green and Jalapenos for extra heat. It turned out to be exactly the sort of dish to make things right with the world again – salty, hot, comforting and made up of enough colours to almost convince oneself its healthy. There’s also a protein heavy brunch burger, biscuits and gravy, an entire section devoted to Eggs Benedict and at least six types of pancakes.

This is not a place that will win you culinary credentials but, with booths to slump into and waiters that couldn’t care less if you’re wearing sunglasses and smell of Sailor Jerry’s, it is one of the better London breakfasting options with a hangover. 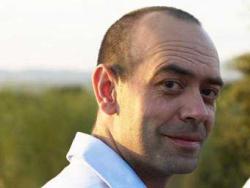 The weekend brunch menu is a little known secret at Pizarro Ã¢â‚¬â€œ the brilliant self-titled restaurant from’the Godfather of Spanish cuisine’ Jose Pizarro. Located on Bermondsey Street, in one of London’s au current culinary corners, the appealing space (with vast sunlight-grabbing front windows, laid-back bench and stool-style seating and waiters who wouldn’t dream of rushing anyone) makes it an ideal spot for breakfast.

Like its lunch/dinner companion, the brunch menu is paired down to the point of being terse. Only a handful of dishes are offered Ã¢â‚¬â€œ all containing a few superior ingredients executed with the chef’s typical flair.

The menu changes weekly, depending on what ingredients they have spare in the busy kitchen.  On our visit the short list included an asparagus omelette, crispy eggs with chorizo and an unbelievable Iberico pork burger so good it seems a shame to limit it to its current weekend matinee slot.

Like no other patty we can think of on London’s currently booming burger scene, the texture Ã¢â‚¬â€œ a mush of soft meat rich with acorn-fed pig, mellow garlic and sweet coarse chunks of onion Ã¢â‚¬â€œ was as odd as it was delicious served with some stunningly authentic chips. It may seem strange to get excited about a few slightly mismatched, deep yellow, slightly soggy fried potatoes dusted generously with flecks of sea salt Ã¢â‚¬â€œ but they tasted like a childhood’s worth of summers spent in Southern Spain.

Along with freshly squeezed orange juice and coffee, Pizzaro’s brunch menu also offers up a singular but regularly rotating dessert. Any questions of how necessary sweets are to a brunch menu were silenced by the honey cheesecake; a feather-light triangle of ricotta run through with sweet amber and dotted with caramelised sprinkles of crunchy biscuit.

There is one downside however. The fact that it is barely known means barely any customers Ã¢â‚¬â€œ so much so that there is talk of taking brunch off the menu. Even more reason to gather a large and lively group, and sample that burger before they do. 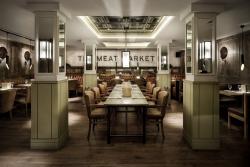 Grill On The Market

Weekend brunch with unlimited drink deals attached are popping up all over London and for good reason as we step into ‘drunch’ territory (for those who don’t know we mean a drunk brunch Ã¢â‚¬â€œ supposedly the latest craze to take Paris by storm). One of the best we’ve found is at Grill On The Market Ã¢â‚¬â€œ a British restaurant specializing in steak that sits practically on top of Smithfield Market in Farringdon.

Its’Bubbly Brunch’ deal runs 11-5pm every Saturday, with two hours with which to quaff as many glasses as you see fit whilst tucking into one of the brunch classics on offer. The short menu includes steak, egg and chips, a full English and maple glazed gammon with pineapple Ã¢â‚¬â€œ all served with unlimited prosecco when three or more people order.

Our small but flavour-packed lump of sirloin came black (on the outside) and blue (on the inside) just like we ordered it, with two sunny eggs, crisp chunky chips and a token handful of rocket. There was also a liberally sized club sandwich packed with soft chicken, salty strips of proper bacon and decent smear of mayo.

The space (modern British bistro with plenty of wood, cream tiles and iron finishes) is divided into back restaurant and front bar. With its deep booths, low leather sofas, and streams of natural sunlight, we prefer the latter, particularly for brunch.

Sadly since our visit the Pizzaro brunch has been taken off the menu, thankfully for everyone involved they have decided to keep the Iberico Pork burger so all is not lost