When someone’s turning 30 there’s an automatic built-in reaction to wind them up. It’s a sort of cross between warning and goading a child. I’ll leave figuring out why to the philosophers and divert my attention to the palette changes you face when you adopt the three and zero combination. For example, I can’t remember the last time lager touched my lips, preferring instead to sup and subsequently champion ale. It’s a change that conjures up a feeling of maturity, which is then amplified by a new-found appreciation of good wine. 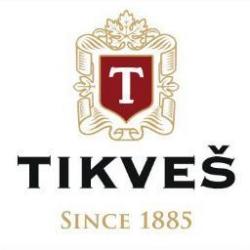 My wine game is improving. Gone are the days of using my safety nets of white from the Malbrough region of New Zealand and red from Chile; instead confidence comes charging in with declarations of more obscure wines that knock even the poshiest of poshos off their poshy mantle. Riesling, for example, is really helping me look good when it’s my turn to choose. In all honesty it’s because I like the sweeter taste but I’m so quick to choose I think people assume I know what I’m on about.

Arguably a real asset to my game is my luck of being introduced to very good wines. I’m not surrounded by sommelier mates, but on the other hand I do possess a lot of wine enthusiasts in my circles and they love to share a tip or two. The majority play it safe and bark on about tipple from established vino countries I don’t have the cojones to challenge. Other arguably more daring buffs orate on modern day wine revolutions in utterly obscure countries.

Macedonia wasn’t previously in my wine game. I couldn’t name its capital, let alone a region or a label. I know it’s near Greece and there have been one or two instances where I’ve been pointed towards Greek wines, but never Macedonia. I by no means intend to insult the country or wish to label myself as a wine philistine, it just hasn’t appeared in my wine lexicon until recently.

There’s one particular winery in Macedonia that’s won my affection, called Tikves Winery. It’s got the long history and awards to make you sit up and take notice, or at least try the wine, and afterwards be happy you made the effort. I’m particularly fond of the Terroir Wines produced by Tikves, the red Barovo being at the forefront. It’s got a strong fruity smell of mixed berries and has a moreish aftertaste.

The Terroir selection also has a really nice white, the Bela Voda, which is nutty and buttery but I prefer the drier Alexandira Cuvee white with his complex combination of citrus tones. I’m even starting to convince myself that I’m now a wine buff, which of course I’m not, but I know this wine company is producing bottles of wine that I’d happily opt for and confidently share amongst friends. Expect more from them as they’re attention lies on the UK market.