Vindaloo pork pie anyone? That’s a big fat yes from us here at Foodepedia, especially when it’s been cooked by Vivek Singh. He’s been West at Cinnamon Club and he’s been East with Cinnamon Kitchen, now he’s going central with Cinnamon Soho. We visited the building site to meet Executive Chef Vivek and find out more.

Just back from a pop up in New York, he’s looking bright eyed and is characteristically full of cheerful enthusiasm as he answers questions and tries to ignore our circling photographer

Have you wanted to be in Soho for some time?

Soho has been our list for a while yes, but you never seem to get the right place and to be honest despite all the doom and gloom people talk about there wasn’t much going, Soho properties still get snapped up fast. Luckily we were offered this old Red Bar before it went onto the market. 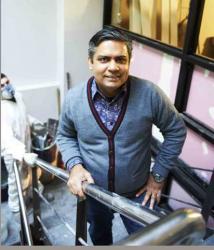 So what’s going to be the difference here?

It’s a different demographic here of course, if we can use adland words?

Yes and so Cinnamon Soho will be more accessible, faster, less structured than the other two. I imagine the majority of customers won’t be coming in for three courses or tasting menus, not that we have one anyway, that kind of thing is not right for this environment. Here will be more small plates, more single dish meal options. The bits I’m really excited about are the birianis and the pies!

Yes together with chef Ramachandran Raju we have created a vindaloo pork pie. The meat will be cooked on the bone with all the usual spices then taken off and put into a pie and baked off. There will also be a Keralan spiced seafood pie – coconut, ginger, curry leaves, lots of fish. Familiar in some ways, exciting in others something new to try, and as well those we’ll be serving things like Bangla Scotch eggs and vindaloo of ox cheek. 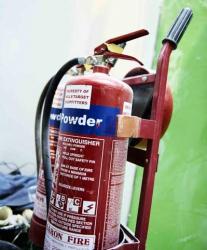 Of course we eat with our eyes, so presentation will still be important but it’s not the be all and end all.The food here will look good because it will be fresh and simply presented and it won’t be about overworking plates with seventeen different things on them.

More accessible as I say, a typical set lunch will be around £15 for two courses, about £18 for three and from 11 am to 11 pm lots of small plates to share. Over a dozen of those to choose from, two or three dishes would be good for a table of four. They’ll be under £5 each.

Going with the zeitgeist, the Polpo, Pitt Cue idea?

Well yes, to not be a destination restaurant for a big night out, but a place to drop in before going somewhere else like the cinema. Pop in and go on. This is the kind of eating that Soho likes and looks for I think. We aren’t aiming to hold people’s attention span for three hours unelss they want it. Thirty minutes, fine! 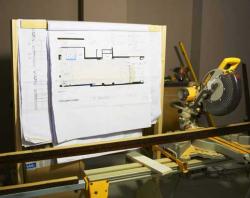 And what about the dreaded ‘No Reservation’ policy so prevalent right now?

We will take reservations. If people want to plan ahead, I don’t want to deny them that option. Reservations for one part of the restaurant anyway, but we won’t take them for the entire restaurant and the seating will still be individual tables, not communal ones. We did consider the currently popular street food/communal eating thing but decided against it.

Yes lot more people around, more than at Club or Kitchen. The bit that excites me most is the all day aspect; customers could be meeting friends for shopping, finishing work and havingsome after work drinks, all of that and everything in between which we haven’t had before, that all day usage.

What is very unusual is there are entrances at each end

With that Vivek hasten downstairs to peer at his still wet floor and check with the building team on their progress. Target opening is mid March and it’s hard to see how they will make it, but then that’s always the case with new places – one minute it seems impossible and the next they’re ready to go. So roll on those pork pies.