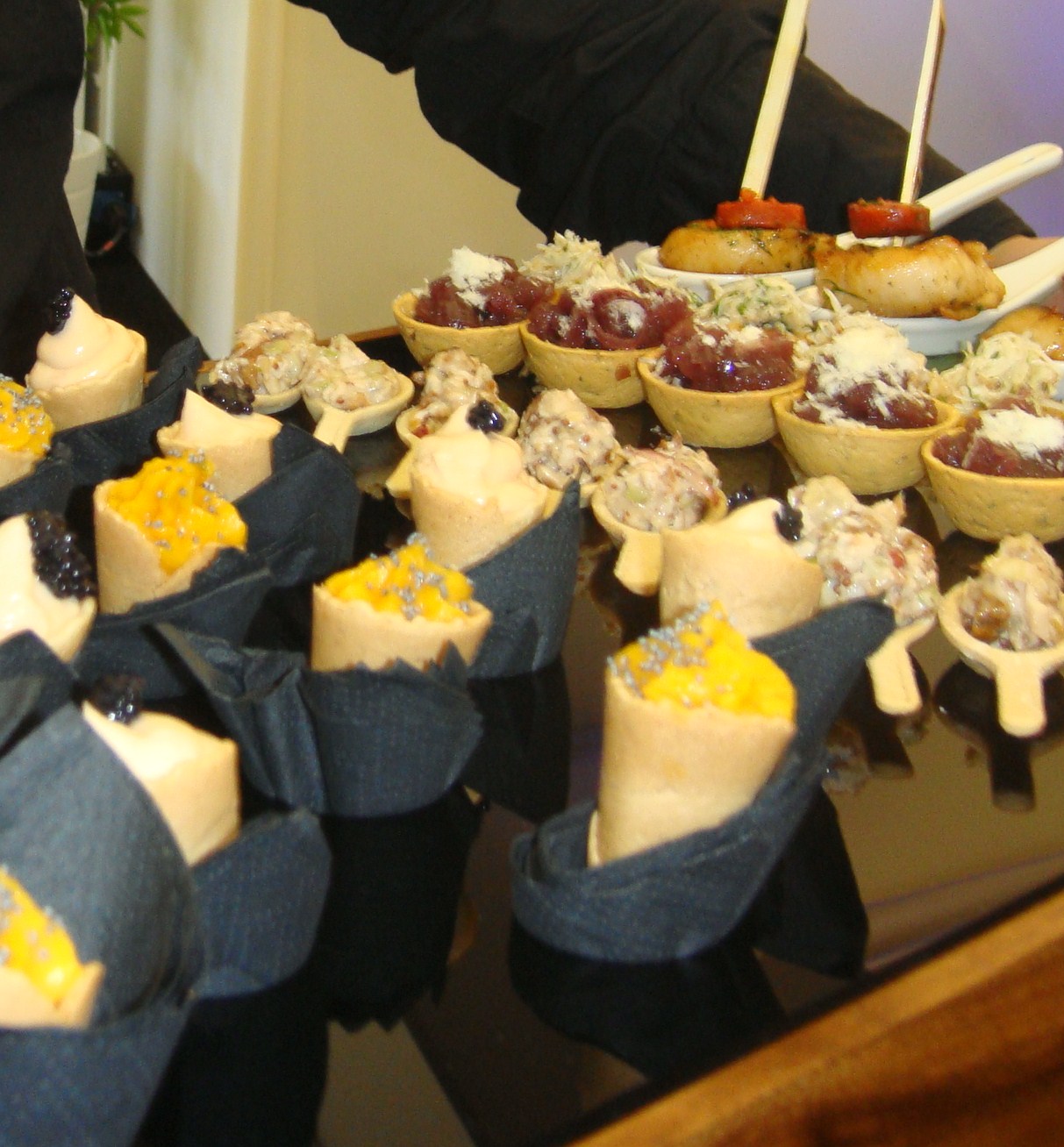 What a great way to spend a hot summer’s evening! Standing on Sugar Quay on the Thames with a glass of chilled white wine in hand, a slight breeze off the river, taking in great views of the iconic Tower Bridge, the less attractive but impressive HMS Belfast and the South Bank buildings including Hay’s Galleria down to the London Eye in the distance. The quay is home to a huge temporary, but solidly built marquee which was the venue for the launch of a new catering venture, Merchant Inns Out, which is overseen by the double Michelin starred Chef, Rob Clayton.

This was a lavish occasion, and waiting staff efficiently circulated the space replacing or replenishing glasses with fresh beverages, others attended to the main event, offering invited guests a variety of superbly tasty canapés. These delicious morsels included cornish crab on an olive oil croute, which had a good amount of tasty red meat, topped by a sprinkling white meat. There were savoury cones with three different fillings: a seriously good salmon mousse, butternut squash purée with parmesan and thyme and the third, an excellent tasty creamed mushroom, in addition there were beautifully seared scallop accompanied by a lovely mild chorizo, incredibly tender rare beef with a touch of horseradish and lovely montgomery cheddar balls on a sweet pepper mayonnaise. Dessert canapés included meringue topped with raspberry, and dark chocolate cups filled with a lovely caramel mousse.

Part of the Merchant Inns award winning pub group, this new catering venture has already secured a number of high profile catering jobs, and if their standard of catering remains as high as that which we tasted this looks well set to be a highly successful arm of the Merchant Inns Group. If you are interested in finding out more about Merchant Inns Out you can find it at www.merchant-inns-out.com