Dal makes the world go round. Metaphorically for me, but, for many, a lentil stew in one form or another literally forms the 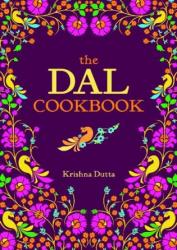 basis of their diet. Eaten day in, day out, usually paired with simple boiled rice or wholesome griddled flatbreads, it’s both a satisfying and highly nourishing way to simply sustain oneself on a shoestring.

However humble, it always tastes amazing Ã¢â‚¬â€œ whether you use tiny salmon-pink masoor, creamy yellow chana, slippery mung, or a mixture of all those and more besides.’Dal’ refers to both the preparation and the split, dried pulse itself Ã¢â‚¬â€œ an umbrella term incorporating more incarnations than you can imagine.

For something so simple, it sure can provoke heated debate. Dal is so intrinsic a part of Indian identity that encountering an example you find sub-standard can be deeply unsettling if not downright devastating. The complex nuances of the topic splits opinion like the halved pulses themselves Ã¢â‚¬â€œ only not as neatly.

It’s those blurred lines that make the subject of dal so endlessly engaging. True dal detectives can repatriate a recipe with its region taking clues from the pulse used, the flavours added, and the fat used for tempering. Dal can both inflame and calm tempers. It sates the stomach and soothes the spirit.

Little wonder that lentils have historically been viewed as a precious commodity the world over, even representing currency in certain cultures. In Italy, consuming them on New Year’s Eve ensures prosperity for the coming year. If that’s the case, eating your way through the 50+ recipes in’The Dal Cookbook‘ will have you coining it in for a few years to come, without ever duplicating a dish.

So, Krishna Dutta’s book is ideal for would-be discoverers of dal in all its myriad forms.’The Dal Cookbook‘ is a clever compendium of regional recipes, presented under  geographical chapter headings -‘North’,’South”East’ and’West’. This allows true puritans to stick to the area they feel most at home, but also enables further exploration.

And these recipes are worth extensive exploration. Even self-professed dal afficionados will find something surprising here, from the Assamese elephant apple dal of the East to the Goan prawn and coconut version of the opposite coast. Dutta’s dalliance with dal doesn’t stop with relaying so many styles of the stew-like dish Ã¢â‚¬â€œ she also broadens the definition to incorporate items which include pulses in the preparation.

But that just makes for all the more to enjoy. Hey, we’re here to split pulses, not hairs. That means you’ll find flatbreads stuffed with dal; kichuri Ã¢â‚¬â€œ the original humble version of the kedgeree of the Raj; fermented lentils used in a dip from Tamil Nadu, breakfast bits like steamed idlis and wafer-thin dosa pancakes, and deep-fried vadas; and even sweetmeats like mung dal laddoos.

The book includes information on buying, storing and cooking; history, etymology, and a photographic field guide to varieties. There’s a good glossary, and even an extra chapter on accompaniments for those unsure with what to down their dal. In keeping with the theme, many, including from-scratch poppadoms, even use dal as a key ingredient.

So there’s a lot to digest. And, whilst we’re on that topic, it’s worth dispelling the myth of digestive difficulties caused by pulses. You might have had a few bad encounters with flageolet-induced flatulence, but diligent dal consumption need not require you put out a pre-emptive’danger- high winds’ warning.

Over millennia, Indian cooks have managed to minimise methane emissions though judicious use of digestives like ginger, fennel and asafoetida Ã¢â‚¬â€œ the so-called’fetid’ smelling spice that actually stops you emitting an unpleasant odour later down the line. And the bottom line is, when something tastes this good, a few farts are a small price to pay. If you’re embarrassed, blame it on the dog. Or that colleague who really gets up your nose.

Then seek solace in yet another bowl of delicious dal. Dutta has collected and perfected a super, and very superior, selection. From the’North’ chapter, try indulgent dal makhani Ã¢â‚¬â€œ the high-fat dish offered in high-end Indian restaurants across Britain, Rajasthani dal bhatti, or a slightly-sweet Parsi preparation.

The hotter climate of the South calls for more fiery food that’s a little lighter Ã¢â‚¬â€œ Kerala’s restorative ginger rasam, or the fatless kutu. The diversity in climate and culture in the Western states makes for a real mix, from Marathi sprouted mung dal to a hearty Gujarati peanut-pimped one. The East offer intriguing dals flavoured with green mango or fish heads.

So where to start? Don’t dip a tentative toe Ã¢â‚¬â€œ just dive right in and drown yourself in dal. Using cheap, simple ingredients to simply stunning effect,’The Dal Cookbook‘ is perfect for straightened gourmets undernourished from – and underwhelmed by – dreadful’dude food’. Fantastic food that lets you tighten your belt whilst simultaneously loosening it to pig out? That gets my pulse racing.