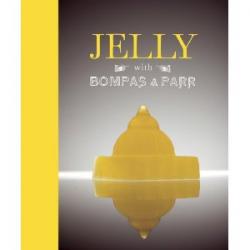 Given the culinary landscape of the 1980’s, it’s a constant surprise that an entire generation has grown up to resemble anything other than the rotund, albino, bug-eyed Moomins that adorned my bedroom walls throughout the era. Mountains of Ice Magic, Smash and Angel Delight (thankfully not combined) – washed down with Mr. Frosty and a constant pfscht-ing flow of Soda Streams – left no E-number unexploited for our palettes. But best of all there was jelly.

Feats of gelatinous engineering were employed by parents across the land at any sniff of an occasion – after all, what child’s party would be complete without a lurid bunny shaped centrepiece, on which to observe gross physical deformities developing once it was removed from the fridge?

My friends and I were enthralled by the kitchen machinations as liquid set to delicious solid at our command (if we didn’t eat all the cubes first). I can’t imagine today’s generation being as spellbound by the creation of a cranberry jus reduction. It wasn’t just for kids though – doyenne, Fanny Craddock – and my mother’s admirably complete Supercook collection – suggested such jellied grape and cheese salad, or ‘Zombie’s Secret’*; Jelly was the go-to product to impress your friends. But these were all made more as a feast for the eye than for the stomach, and soon slipped into the realm of the passé with the advent of today’s more pared-down cuisine, where ornament is crime.

But a trend is only ever a trend if it is bucked – so step forward Sam Bompas and Harry Parr, creators of jelly airports, cocktail lakes, gin clouds and scratch and sniff cinema, whose first book, ‘Jelly’ is published this month.

These are not the synthetically flavoured concoctions you may remember, since B&P create flavours from juices, spices, booze. Even tobacco and bacon get the Jellymonger treatment. To appease the 80’s child though, there’s an Um Bongo version, replete with passion fruit seeds (python picking optional).

Rich in historical references – from Charles V right up to M&S’ Percy Pigs – this is as tempting to devour intellectually as to eat. The book is peppered with serving suggestions including the preservation of cherished furnishings in anticipation of a food fight following celebrity endorsed Absinthe jellies, as well as tips for which moulds to use and shortcuts for the perfect wobble. Disappointingly though, there is no mention of mould suppliers or indeed, the savoury jellies which started the trend in the first place.

Overall, this is far from the ego-fest that so many a chef’s tome resorts to, instead outlining an approach to the creating jellies which allows the reader some leeway for reinterpretation and variation. The recipes are endearingly self-deprecating, revealing the character of the Jellmongers as much as the skills they convey. From first principles of adding gelatine, to the creation of fizzing, concentric and even intoxicating jellies, the no-nonsense approach adopted here makes the entire process seem (relatively) easy, and – in a break from culinary norms – Chris Terry’s sporadically abstract photographs of the finished article entice and encourage rather than dissuade and intimidate. The impressively ambitious recipes seem to call for an event at which to show to host them – although planning to serve the gold-tipped black cherry and Prosecco funeral jelly might be taking this a step too far – but thanks to Bompas and Parr we can take true delight in playing with our food again.