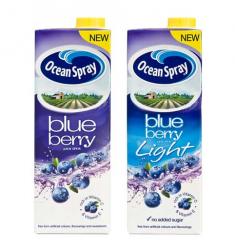 It’s rather hard to enjoy cranberry juice without thinking about urine. Not that cranberry juice tastes bad, it’s really rather nice in fact and ideal to have with dinner if you’re off the red wine but don’t want any tedious conversations of the ‘I see you’re not drinking?’ variety.

It’s just that cranberry juice has been marketed for so long as a way of preventing or reducing cystitis in women that is has become synonymous with urinary tracts. The advertising too which focussed on women drinking gallons of the stuff, encouraged a fixation on effect rather than taste. The fact is that aside from its ‘wonderberry’side its astringency makes it a very grown up fruit drink and it makes a mean cocktail too.

What I didn’t know is that the cranberry growers of Ocean Spray form a cooperative owned by more than 600 cranberry growers across North America and Canada and over 100 Florida grapefruit growers. It employs more than 2,000 people worldwide and is run from a headquarters surrounded by cranberry bogs. I bet you never knew there were cranberry bogs eh? They are out back behind the classrooms.

Cranberries have been consumed in America for a very long time, in fact they are one of only three fruits native to North America (Blueberries and Concord grapes are the other two). They only came here to the UK in the 1970s but have been popular ever since.

All this we are told by the man from Ocean Spray as we lounge in the lovely seats at the Electric Cinema in Notting Hill, eating lots of nice snacks and drinking Ocean Spray Cranberry (naturally) as well as brand new Blueberry. We’re about to see a special 3D screening off Tim Burton’s Alice in Wonderland, the connection being I think that at one point a character drinks some cranberry, although don’t quote me on that.

First we don old style 3D specs to see the two new Ocean Spray TV commercials. This I want to stop before it starts, not because I have any beef with cranberry, but because as an ex advertising copywriter I have experienced the folly of showing an ad to a cinema full of people before. Unlike when it’s a room full of ad agency personnel no one is obliged to laugh and no one ever does. 30 seconds stretches to infinity and beyond.

To be fair these are better than the last commercials featuring acidic women from Crouch End hinting at problems ‘down there’. These feature two mentally-challenged Americans standing waist deep in a cranberry bog. Perhaps they are applying the berry to their parts externally? They didn’t succeed in putting me off Ocean Spray though, so that’s a result of sorts. I wonder what all those shareholding farmers make of it though?

And the film? I liked it, even though Johnny Depp seemed to think he was still running a chocolate factory and Helena Bonham-Carter ripped off Miranda Richardson’s Queeny shamelessly. Stephen Fry’s Cheshire Cat stole the show and Alice, well I reckon from the way she walked that she might benefit from some cranberry juice herself.