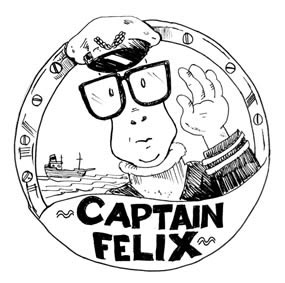 It really has been a month of disappointments. Sometime last year my new young assistant Clive read out an email addressed to me (I never touch a computer myself for fear of catching a virus). This was from a company called something like Pumping!the!envelope.com who apparently make television programmes.

Now of course I rarely watch TV; we keep ours under an antimicassar and only have the butler wheel it out on the rare occasions that there is something on that we particularly want to watch, so I was only marginally interested at first. Written by somebody called Samantha and obviously of good family; apparently her father knew me at Eton where we used to go for a quiet smoke (of Woodbines!) behind the bike sheds, the gist of the email, was that a programme called Hell’s Kitchen, presented by that dear old softy Gordon Ramsey, was now looking for a new presenter. Apparently Gordon is too busy these days and my name popped up when she Googled the words ‘charismatic’, ‘debonair’, ‘food’ and ‘critic’. This ‘googling’ is what passes for research in television companies these days I am told.

Well obviously I was not interested. My ability as a legendary food critic depends on being anonymous. If I were to ‘front’ (as they charmingly put it) a television programme I would never be able to eat incognito again. I hear some restaurants have photographs of all the top critics in the kitchens, so that they can quickly spot any of us going about our lawful duty. As I have refused to be photographed since dear Bobby Mapplethorpe passed to the great darkroom in the sky, I remain unknown. In any case, I have put on a few stone since Bobby last pictured me and it wasn’t my face he was interested in back then the naughty boy.

However the money mentioned seemed quite reasonable and the North Wing is leaking rainwater badly, so I agreed to a ‘screen test’. This involved my lining up a squad of volunteers and ‘bawling them out’. I thought I remonstrated with them very well, but behind the camera they seemed unimpressed. ‘Can’t you use more four letter words love?” said one Armani clad fool, while another wondered if I ‘couldn’t deck someone, you know lay ’em out?” I mean, really. Since then I have heard that the job has gone to that dear old cuddles Marco Pierre White; apparently he has ‘attitude’ and is ‘edgy’, as if that was a qualification for appearing in front of millions of people. I would have thought a pleasant voice, a decent blazer a cravat and impeccable manners would have been the thing. Ah well.

Then came an invitation to appear in a series of TV commercials advertising a brand of frozen foods previously associated with a rather suspicious so-called ‘Captain’ who seemed to command a boat full of very pretty young boys, all wearing shorts. As it happens I have always been rather nautical myself, as well as fond of this particular brand, particularly their green peas, and was happy to try out for the ‘gig’ as they referred to it. Come the day however there was just more disappointment. ‘You haven’t got a beard!” they cried, ‘our spokesperson has to have a beard, preferably one that has that special David Blunkett creepy look to it.” Well I offered to grow a beard of course. but after two weeks nothing but a light shadow had appeared on my face, possibly as a result of the mobile phone company building a large mast and aerial in our rear paddock last year.

I hear the job has now gone to a member of a dynastic journalist family who already have three jobs each, as well the required pubescent beard which they share. Apparently the boy held out for a very large fee, so his integrity can only be vastly admired by the rest of us scribes. Forget all the nonsense about art and a ”calling’etc, for the true professional nothing matters more than the size of the fee. And now I must go back to Radio 4.