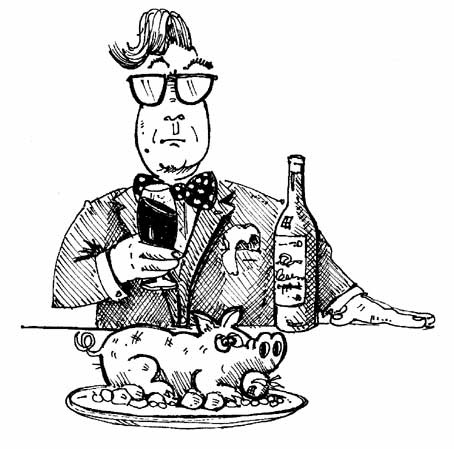 What is to be done about the UK’s children, now obese as well as stupid, rude and unpleasant?

One has only to walk down a suburban street (horror!)to see gangs of teenage children stuffing themselves with lard flavoured crisps washed down with own brand cola before waddling off to steal a hot hatchback or two. Most repugnant of all is the habit among particularly obese girls of wearing what I am told are called ‘crop tops’, so that rolls of fat spill out like Niagara.

In my youth of course we had only recently emerged from the rationing of the Second War. My dear mother would send the indoor servants out into the fields to pick dandelions and nettles (so nutritious) as well as mushrooms which they were required to taste first before presenting to Cook. A few housemaids died, it has to be admitted, and one, after eating some particularly colourful mushrooms, became convinced that she was the reincarnation of Boadicea and raced around the upper landing in my uncle’s spare wheelchair before coming a cropper on the main staircase. She broke her leg so Father very decently put her down with his 12 bore, as was the custom among the Catholic aristocracy of the day.

The point is that we did not starve, nor did we grow fat and lazy. A boiled crow would last the adults a week before being sent to the nursery and then, finally, below stairs. My mother lived entirely on a diet of Gin and Bath Olivers and it never did her any harm. She wrote five excellent novels whilst bringing up seven children and five Labradors. Ah, happy days.

I of course refuse to eat what I believe is vulgarly called ‘fast food’. The microwave chez Felix is used only on rare occasions and then mostly to reheat some marvellous meal from the night before to serve as my humble lunch. Food should be prepared slowly, each potato should be peeled using only a nail file, for example. My wife adores my stringency in these matters and I have caught her cheerfully waggling her fingers at me as I take her aside to insist she butcher her own sheep. She no longer relies on Mr Dewhurst, the rotund and jolly faced village butcher, whom as it happens, no one suspects of cannibalism any more.

Risotto is, I find, the ultimate slow food. As you sensuously massage the grains to allow the hot stock to penetrate and swell, it all comes bubbling, bubbling, bubbling to the surface in an eruption of ecstasy! Oh dear, I find myself writing like dear Nigella. Next I shall be dropping in French and Italian verbs for no reason. Heureusement, I am immune from tics of style like that.

My advice to the nation’s fatties? Eat in a proper restaurant, of course. The knowledge that deep fried food makes you fat is akin to the findings that cigarettes make you cough. What my driver calls ‘the bleedin’ obvious’. Burgers are murder, my dears. And they give you wind, too. A bientot mes braves!