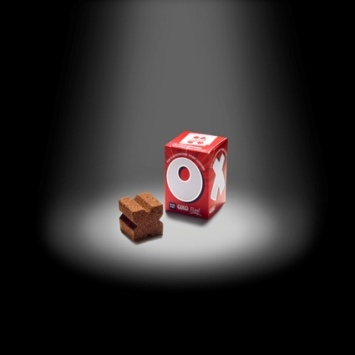 When I was a lad at the Varsity, we used to laugh long and loud at the shot in the OXO ad where a pair of fingers crumbled a brown substance. We laughed because many people in the room would be doing much the same thing, but not however with a stock cube. Don’t do drugs kids.

Anyway, OXO who have been an iconic brand for most Brits since time began have launched an X shaped cube which they claim, and it’s true, is easier to crumble. Clever of them eh?

And with it comes a competition, to find real families to front OXO campaign, THE OXO FACTOR

The OXO Factor, which launched on 1stAugust, asks hopefuls to film and submit their own advert to www.theoxofactor.com to show how they give their food The OXO Factor. And in a move to update the OXO family of old, the brand is not just looking for the traditional family unit but is opening the competition up to anyone who enjoys spending mealtimes together, whether family, friends or colleagues.

Entry to The OXO Factor closes on 14th September when the OXO judging panel will select five finalists to have their adverts shown during prime time TV slots including The X Factor during October and November 2009. Over this period the public will be able to vote for their favourite on www.theoxofactor.com. The winning advert will be announced when shown live during the advertising break of The X Factor final on 12th December 2009 and the winners will also receive£10,000 in prize money.

OXO was originally a health product highlighted by The Lancet, the world’s leading medical journal, as an aid to health and strength. Its virtues were celebrated by those such as Florence Nightingale and the second Duke of Wellington.

Until 1921 each single OXO cube was wrapped up by hand. A formidable achievement considering the 100 million cubes that were wrapped during WW1 alone.

OXO were the official caterers of the London Olympics in 1908, supplying the drink to runners in the Marathon.

‘Katie’ the original OXO Mum was played by Mary Holland for 18 years from 1958, appearing in adverts and making personal appearances across the UK. Katie was so popular that housewives across Britain would write to her asking for advice.