Conversation and music make a party fun but sharing favorite foods, new recipes, foreign flavors and comfort food can make a party memorable. Although traditionally served before a meal, an assortment of sweet and savory hors d’oeuvres that includes vegetables and fruit, meat, fish and cheeses can be dinner. Whether there are waiters passing trays, platters strategically placed around the room, or a buffet brimming with savory finger food, an hors d’oeuvre party makes it possible to entertain more friends that I can seat at my dining room table.

Was the apple that Eve offered to Adam the first appetizer? Perhaps not, but translating the names gives culinary insight. Hors d’oeuvre means ‘apart from the main work” it is less important than what is to come. Canape in both French and Spanish means couch or settee, maybe a nod to the cracker or piece of bread that the caviar or foie gras is sitting on. French chefs offer a selection of amuse-bouche, morsels to ‘amuse the mouth”, while diners await the main course.

Antipasto means ‘before the meal” and like a platter of cold cuts, consists of cured meats, pickled vegetables, olives, and cheeses. Crudités, French for crude, used to mean an artfully arranged platter of carefully carved raw vegetables for dipping. Unfortunately, now it usually means a bowl of ‘baby” carrots with or without a container of ranch dressing beside it.

In Istanbul, my favorite dinner was an assortment of seven meze. There was no menu. I choose small plates of prepared vegetables, meat and fish from a large tray that a waiter brought to the table. Even though I was unable to identify all of the dishes, the small portions made me more willing to try unfamiliar things and I was rarely disappointed.

There are endless combinations possible when creating hors d’oeuvres. Maybe it was the excitement of creating new dishes in the 1950’s, after the hardship of rationing, that led to hors d’oeuvres with names like: Hollywood Dunk, Apple and Salami Porcupines, Pineapple Fingers, Fisherman’s Find, Herb Ring-a-Round, Ruby Red Franks, Pearl of the Sea Mousse and Sardine SURPRISE! 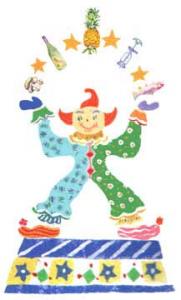 Was it peace or Yankee ingenuity that lead to the creation of combo’s like Potato Chip Snappies – bleu cheese and minced onion thinly spread onto potato chips, watermelon pickles wrapped in bacon, or Cocktail Kabobs – button mushrooms and cocktail franks cut in half and marinated in French dressing? Perhaps it was battle fatigue.

The minimum structural requirement for an hors d’oeuvre is that it must be able to be moved a minimum of 40 cm, from platter to mouth, without exploding, dripping or collapsing. With so much history, it comes as no surprise that there are a few rules to consider: 1 Don’t chase a waiter who is carrying a tray. 2 Never put anything back on the tray. 3 No double dipping. 4 If ‘Surprise” is in the name, walk away. 5 If you don’t know what it is, don’t eat it. 6 If the waiter doesn’t know what it is, don’t eat anything.

There were ten guests at my most recent hors d’oeuvres party. Charles served wine, sparkling water and fruit spritzers. I served olives, roasted peppers and artichokes from the market, and a cheese platter. I made three hors d’oeuvres as well. Here’s how I did it:

I minced one medium onion and sauteed it in two tablespoons of olive oil until it was soft and the edges had browned. I added a large pinch of rosemary and a 500 gram / 20 ounce can of drained cannellini beans to the onions and cooked the mixture for ten minutes on low heat, stirring occasionally. I added the grated zest of one lemon, one teaspoon of lemon juice and a pinch of salt to the cooked beans and used a fork to mash the bean mixture to a coarse paste. I toasted pieces of ciabatta bread until golden; cut the bread into two inch pieces and topped each piece with the white bean spread. A small parsley leaf on top of each piece added color and flavor.

I used a mini food processor to combine two 240g cans of tuna packed in olive oil, four hard cooked egg yolks, 60 g of unsalted butter, two tablespoons of fresh lemon juice until it was a smooth paste. I added two tablespoons of rinsed and diced capers to the tuna mixture. I cut a baguette into 5 cm slices and toasted them on a baking pan until they were golden. I spread the tuna onto toasted bread and topped each one with a small piece of anchovy.

I steamed eight small, red-skinned, new potatoes until they were tender. When they were cool enough to handle I cut each potato into 5cm slices. Wiping the knife blade frequently made it easier to slice the potatoes neatly. I put the potato slices onto a tray, put half a teaspoon of sour cream in the center of each slice and then topped the sour cream with a quarter of a teaspoon of caviar. I used one jar of red and one jar of black lumpfish caviar from the market. Salmon caviar is more expensive and a lovely color. Occasionally, I have used Flying Fish caviar that I bought from the man who makes sushi at the market.

I made the bean and tuna spreads in the afternoon. Charles put the crustini together and I put the caviar on the potatoes just before the guests arrived. The party was a success – the conversation flowed, unexpected connections were discovered, recipes were exchanged and the party ended with promises to gather again.