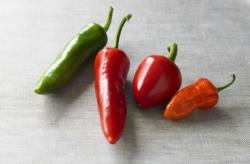 I love food but please don’t call me a foodie.

I don’t understand the compunction to compare thirteen types of salt as Jeffrey Steingarten does in his anally retentive diatribe ‘It must have been something I ate’. There is a whole chapter about it. And do you know what he discovers? Put any one of the thirteen on your chips and they will taste the same. This approach is akin to going to Star Trek conventions dressed as a Cardassian and making sure that your epaulettes denote your correct rank in the Obsidian order. And it sucks the fun out of food like a Dyson.

I love people who love and are moved sometimes to tears by food (see how I avoided saying passionate about). People who wake up thinking about lunch. People who are GREEDY. Who will suck the brains from a prawn or the marrow from a shank. Or have shelves groaning under the weight of obscure cook books. But who don’t look down on me for occasionally snarfing a Big Mac or not knowing that the ponzu season has just ended. Or what ponzu is.

Some pubs do great food now. They are our Parisian Brasserie. This is a good thing mainly. But when I walk into a pub and every single one of the tables is laid up for dinner I cry a little inside. Scotch egg and a pint? Yes please. Langoustine veloute with samphire and barley risotto and a pint. No ta, because that is fine dining restaurant tucker. Which I am sure is just tip top, but have you got any scratchers or a cheese sandwich?

My favourite thing is to go to San Sebastian by myself and eat for a week. In as many places as I can. But not Arzak. Not one of the best restaurants in the world. The cheap working man’s food in San Sebastian is so sublime that spending 200 quid on a meal there seems to me to be insane. And I don’t care how nom nom nom their particular brand of molecular gastronomy is. In a Sideria you can have salt cod omelette, the best steak you will ever eat, manchego, quince and walnuts and pour your own cider from twenty foot tall barrels. For about twenty five quid. And don’t get me started on the Pinchos. 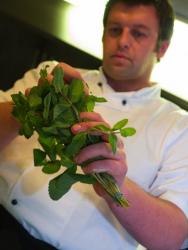 I am a private chef, utterly untrained but I think, pretty good- I would be lost if you put me in a Michelin starred kitchen, but I can compose plates of food that people want to eat because I know what looks and tastes nice. I am cooking a lot this week. I have a private job on for a famous person, I am doing lots of shifts in the restaurant where I work and I am cooking for friends twice. Friday night and Saturday. Saturday, I think I am going to push the boat out a bit. Four courses, some serious wine and six of my best friends. But what I am really looking forward to is tonight. Poker night. Yeah. Love poker night. There will be eight of us and we will be bawdy and there will be bourbon and smut.

And I think on balance it is an occasion for chilli. Chilli, cards, booze and mates is my kind of night. You can keep your rape seed oil tasting or your wild mushroom foraging. I want to wake up in the morning with my buddies’ banknotes, crisp in my pocket, a fuzzy head and the imminent onset of toilet trauma. Now we’re TALKING.

My chilli is kick-ass awesome. My Kentuckian friend says so. And you should cook it. It takes ages and it probably isn’t authentic. For authentic chilli, go and peruse the foodie forums and witness for yourselves the great kidney bean debate. It’s a hoot.

You should know about me at this point that you will not be getting gram by gram, step by anodyne step recipes. So for a big saucepan full of chilli……

Think QUICK QUICK SLOOOOOWWWWW. Use diced chuck steak or even better, beef shin. Sear it in small batches. I know every recipe says that. But do it. Get the pan smoking hot. Do not move the meat. Do not just brown it. Get a proper crust- like a well done steak. It should be crunchy, not limp. Dark brown and marmitey. If you don’t bother doing this when you slow cook, then don’t bother slow cooking.

Blitz up three or four scotch bonnet chillis, some dried habeneros and some garlic with some vegetable oil. Chuck in some dried cumin, coriander, cayenne, cinnamon and nutmeg, pepper and salt. You should now have a pungent paste.

Remove last batch of meat from pan and chuck in onions. Cook till soft and translucent. Add chilli paste. Cook slowly for ten minutes. Add the meat and all the juices. Pour in two cans of chopped tomatoes and a pint of really good beef stock.
Simmer on lowest possible hob setting. After one hour add a bar of top quality dark chocolate. And a quadruple espresso. After two hours add a can of red kidney beans.

Cook for another two hours. At Least! The meat should have broken down and golden red fat should be bubbling away on top. Eat with nachos or rice and a fresh tomato, onion and coriander salsa. And always, always fold if I re-raise your bluff.