Iron Man or Captain America? Trinity or Bistro Union? The correct answer is BOTH!

Though Chef Adam Byatt is sadly without a magic hammer, he is armed with whisks, champag 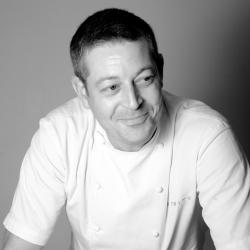 ne and a pop-up supper-club which he will use to support Action Against Hunger and their Supperheroes Series: Part Two event.

On Thursday, 28th November Adam Byattof Trinity and Bistro Union will be holding his own exclusive supperclub pop-up, to be held at the The Violin Factory in Waterloo Ã¢â‚¬â€œ a modern conversion of a disused warehouse tucked behind the South Bank Ã¢â‚¬â€œ the evening will play host to just 20 diners and will include a champagne and canapÃƒÂ© reception, a four-course dinner that highlights the best of British autumn, and paired wines.

Proceeds from the dinner, priced at £150, will go towards Action Against Hunger and its mission to end hunger in some of the world’s poorest countries.

Adam’s pop-up is just one of the foodie events that make up the humanitarian organisation’s Supperheroes Series, the second part of a campaign that runs from September until the end of November and sees a slew of supperclub-style events taking place across the county.

Foodies needn’t be chefs to get involved, either Ã¢â‚¬â€œ anyone can sign up and host their own dining event, and with dinner parties as popular as they’ve ever been it seems crazy not to get involved.   T

o book tickets for Adam’s evening, any other Supperheroes supperclub,or to sign-up and host an event yourself, click here