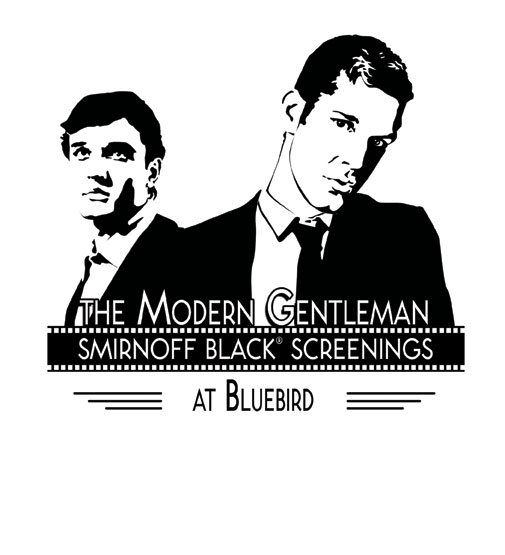 An evening of film, food and stylish cocktails to celebrate the modern gentleman

Each Wednesday at 9pm guests will be invited to enjoy a big screen performance from one of Hollywood’s most debonair stars as they sip distinctively smooth and stylish Smirnoff Black vodka cocktails created in honour of these leading men. Bluebird executive chef Mark Block has created a delicious menu for guests to enjoy in the restaurant from 6pm before the film screenings. Tickets cost £25 per person and include entry to the film, a Smirnoff Black cocktail, a main course and a dessert.

The restaurant and courtyard will be given a sophisticated makeover for the duration of the Smirnoff Black Screenings, including chic sun loungers, black and white furnishings and staff in matching black and white summer uniforms; all reflecting the stylish tone of the evening.

To avoid disappointment, guests are advised to book tickets for these exclusive evening events in advance by calling Bluebird on 020 7559 1000.

Exclusive Smirnoff Black ® Vodka Cocktail Menu
Bar Manager Matthew Widdowson has created a cocktail menu that will be available throughout the Smirnoff Black Screenings; each recipe is inspired by one of our leading modern gentleman and is made with super premium Smirnoff Black vodka.