One of Belgium’s oldest and best loved restaurants, Chez Léon, famed for its exceptional moules frites and hearty Flemish classics, has chosen London for the setting of their first International branch of its Léon de Bruxelles franchise. Léon de Bruxelles will launch this coming January in the heart of the West End at 24 Cambridge Circus. 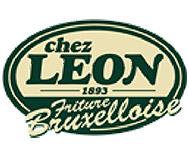 Entrepreneur Léon Vanlanker first opened Chez Léon back in 1893 on Rue Des Bouchers in the heart of Brussels, a stone’s throw from the Grand Palace. Chez Léon was an overnight success and instantly became the talk of the town, the restaurant is to this day owned and run by his descendents.

Léon De Bruxelles has been brought to the UK by Duncan Shakeshaft CEO of Hospitality and Hotels for the Triangle Group, who, with the help of General Manager Amad Humair and, the Vanlanker family is set to make Léon De Bruxelles the talk of this town.

The restaurant will seat 220 people with 12 bar covers and 39 seats on the terrace for the sunny summer months. Head Chef Jessica Lavender joins the launch team from The Hilton, Sydney after a career spent working her way through the kitchens of some of the world’s top hotels. Veteran Restaurant Manager Eric Kebbab, has been chosen to head up the front of house team after launching some of London’s finest restaurants including Umu, Suntory and Marco Pierre White’s Criterion.

Léon De Bruxelles is sure to re-ignite our love of the simple, delectable mussel, best eaten with a crisp, cloudy Belgian beer – on this occasion brewed especially for Leon, thin, crunchy frites dipped in pillowy mayonnaise and followed by deliciously comforting waffles, dripping with hot chocolate sauce, whipped cream and ice cream in true Belgian style.

With its exceptional overall food and drink offering, value for money, stunning interiors and prime central location Léon De Bruxelles is sure to rekindle the nation’s love of Flemish fare and the simply delicious, highly versatile mussel.