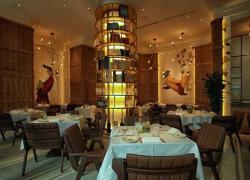 The Frescobaldi family, one of Italy’s oldest a wine dynasties has  opened its first standalone restaurant and wine bar in the UK.

Frescobaldi follows in the  footsteps of restaurants and  wine bars in Florence and at Rome’s Fiumicino airport. The London restaurant is  presided over by young chef Roberto Reatini, formerly of  Zafferano. Prior to this, he was senior sous chef at Shoreditch House, working alongside head  chef Michele Nargi. 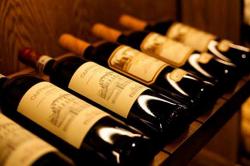 Key to the Frescobaldi experience is an extensive array of wines produced by Marchesi de’ Frescobaldi, a company of nine estates (predominantly in the hills around Florence and Siena), an annual production of seven million bottles, distribution in 65 countries and countless awards.

Overseen by head sommelier Fabrizio Pavlic, formerly of the Hotel Cipriani in Venice, Frescobaldi’s offering ranges from entry level wines such as Castiglioni Chianti 2013 through to such legendary names as Mormoreto, a single-vineyard cru of Castello di Nipozzano, and the flagship Frescobaldi cuvÃƒÂ©e, Brunello di Montalcino Castelgiocondo Riserva. The list also includes the family’ssparkling wines, grappas and dessert wines.

Frescobaldi also offers a selection of different tasting flights, a new  way to embark on a”journey” through the world of Marchesi de’ Frescobaldi wines. These flights represent a simple and fun way to taste three wines, each vinified and aged in a different way, and all from different estates or regions. Marchesi de’ Frescobaldi wines account for some 75% of the restaurant’s list; thremainder comprises a selection from both the Old World and the New World.

In a rare move, the majority of Frescobaldi’s 150 bins are available by the glass,.