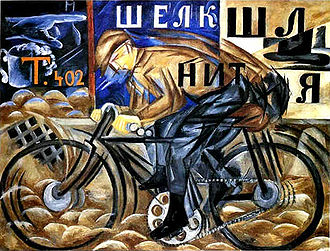 ‘Ladies and Gentlemen, on Behalf of the Captain and the Entire Crew, I Would Like to Welcome you aboard the White Blackbird Aerobanquet, a Non Stop Service from London to The Olde Bell, Hurley”

Time For Tea and Bompas and Parr are preparing for take off. Destination: The Olde Bell, Hurley, for a culinary journey set to put performance back into the art of fine dining. Check in for the most extraordinary Futurist Aerobanquet, Friday 19 June (7.00 – pm) featuring a menu co-curated by The Olde Bell, in a dining experience to celebrate the 100th anniversary of the Futurist movement.

Grab your passport and board The White Blackbird airport transfer complete with stewardess and pilot at East, West and Central London pick up spots. Enjoy the on board entertainment – A Matter of Life and Death – while travel visas and tickets are distributed.

After ‘A Spark’ Cocktails (Bulldog Gin, Gentian liqueur and green walnut liqueur) passengers will disembark through security (amply staffed by over enthusiastic air stewardesses). Visa stamping, ticket inspection and security checks will ensue, including a metal detector coat check: place the belongings to be checked into the tray and put them into the scanner, which will return your tray with a ‘Joust’ Cocktail (an infusion of red wine, Citronade and Campari garnished with a spear of cheese and chocolate) alongside your coat check ticket.

As passengers queue they will be offered canapés served from vintage luggage including a combination of black olives, fennel hearts and kumquats presented with corresponding flags of sandpaper silk and velvet, accompanied by the sounds of airplanes overhead.

On being guided to their seats by the cabin crew passengers will find place settings including laminated safety cards and fans, and table centre featuring a light switch that calls Dorien (a comedian and air traffic controller with an encyclopaedic knowledge of air travel jokes) and his ‘refuelling station’ to replenish supplies of wine.

After a pilot’s welcome, safety demonstration and a brief introduction to Futurism, the starter – a Futurist ‘taster menu’ – will be served on a made to measure airplane trays. The selection will include Geraniums on a Stick, a Cubist Vegetable Patch, an Italian Sea and Dates in Moonlight.

Following the starter, there will be a brief hiatus for ‘Take Off’, where passengers will be asked to fasten their seatbelts and direct their hand fans into their faces as the ‘engines’ are started and the ‘flight’ begins in earnest.

Once sufficient altitude has been reached, the main course – titled ‘Pork Fuselage’ – will follow, in the form of a sliced pork fillet and apple pie creation featuring a pastry airport and control tower, served with sides of new potatoes and seasonal greens.

On completing the main course passengers will be asked to brace themselves for a rather bumpy crash landing. Cabin crew will assist passengers to evacuate into the grounds, where they will discover a crate, still attached to a parachute and burst open on impact. On further inspection passengers will discover that the crate is full of dessert spoons.

A vintage ambulance, sirens sounding, will race up to attend the crash. Its doors will burst open and a crew will leap out with a stretcher containing the definitive futurist jelly, a multi flavoured fresh fruit Barajas Jelly Airport in honour of the airport designed by famed architect Richard Rogers. This remarkable structure will be accompanied by a Digestive Landing, a blue chestnut ice cream garnished with pastry airplanes. These will be served post haste to help passengers get over the shock of the crash.

Keeping spirits sky-high the banquet will be followed by some First Class entertainment including an aeronautical jazz band, swing dancers and DJ, followed by a chorus line of air stewardesses as a finale. Time For Tea and Bompas and Parr only requests that prior to departure you check around your seat for any personal belongings to ensure you don’t leave your goody bags behind.

This event marks the second of a series of events hosted by Time For Tea to take place at Stoke Place and The Olde Bell both part of the Dhillon Hotel Group.

‘On behalf of the entire crew, Time For Tea would like to thank you for joining us on the flight and look forward to seeing you on board in the near future”

By Foodepedia2 May 2009Restaurant News